When you think of Spiritual Warfare, probably the last thing you think of is the Law of God. Christians are largely aware that Spiritual Warfare is vitally important to finding and keeping true freedom in Christ. The devil is like a “roaring lion”, especially working to “devour” Christians, who are most threatening to him and his kingdom (1 Peter 5:8-9). Thus, choosing to walk with God automatically means that we must resist the devil (in God’s Power, of course). As it says in James 4:7:

“Submit yourselves therefore to God. Resist the devil, and he will flee from you.”

Countless Christians unwittingly place themselves in spiritual harm’s way by acting in ignorance to the principles of God's Law. The Law of God is intended to protect us from the onslaught of the enemy. But when we are spiritually ignorant, the Bible warns us that the devil gets the advantage over us (2 Corinthians 2:11)!

Throughout our years in ministry, we have interceded for Christians who have unknowingly stepped outside of the protective guidelines of God's Law, only to reap the fruits of hell as a result.

One man was unable to find peace in his home. Instead of a sanctuary, a little taste of Heaven on earth, his home had become a place of demonic torment and spiritual oppression. He explained to us that he felt better when he left his house. He asked us to come and do a prayer and anointing over his home. He hoped that God would then cleanse his home, removing this demonic darkness and spiritual pestilence.

When we arrived at his home and began the requested prayer and anointing, we saw that he had a 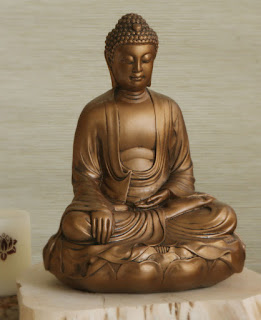 large Buddha sitting on a stand in his house. We inquired about it, realizing that the devil could have gained the right to infect his home just from the presence of this idol alone! It turned out that the man, although a Christian, had simply picked up the Buddha as a souvenir during his travels. It meant nothing to him, other than as a memento of the trip. But, had he been aware of God's safeguards, which forbid all idolatry in the lives and homes of God’s people, he would have been spared a great deal of pain and suffering! Demons don’t get the right to infect a Christian’s home without a cause!

“As the bird by wandering, as the swallow by flying, so the curse causeless shall not come” Proverbs 26:2

On another occasion, we were  asked to drive to a couple’s home, located several hours from us. The wife tearfully explained that they were afraid to live in their own home. Lights and water faucets would supernaturally  turn on and off. Menacing presences would threaten the household. The couple couldn’t even sleep through the night without some form of hair-raising manifestation.

“Why is Satan doing this to us? We’re CHRISTIANS!” the woman cried.

Gently, we shared with the exhausted couple that there was likely a cursed object in their home, giving the demons the right to possess the house. We knew this because of a warning given in the Torah:

Because the Law is viewed as “done away with at the Cross”, Christians no longer study it or concern themselves with its principles. As a result, this poor couple had no idea that cursed items could bring such terror to their home!

As it turned out, there was one cursed item in the couple’s home. It was a gorgeous tapestry, hanging on the living room wall. The artist had been a mystical, New Age, “white witch”. When the wall-hanging was removed and burned, the home prayed over and anointed, the spiritual manifestations stopped and the demonic shadow was fully lifted. We were all thankful to God for this powerful deliverance, but we were also saddened to realize that the precious couple could have been spared the whole ordeal had they only known and kept the principles of the Law of God!

But of all the unnecessary sorrows brought on unsuspecting Christians by nailing the Law to the Cross, perhaps the most devastating blow to effective Spiritual Warfare is the devil’s resulting “revolving door policy”. This “revolving door” to the human soul is a spiritual condition in which demons are kicked out of the soul, through Warfare Prayer, only to return, for reasons soon to be explained. As will be shown, it is only when we remain within the protection of the Torah principles that we can find lasting freedom in Christ.

When we disregard God's Law, we have committed sin (1 John 3:4). And it is through sin that the devil gets the rights to afflict and enslave us in the first place! All demonic bondage, even full demonic possession, began with sin—either sins which we have committed personally, or it is bondage brought on us by the sins of our ancestors (Exodus 20:5). The connection between disobeying the principles of the Law (which is sin) and demonic bondage is plainly stated in Proverbs. To be “holden” with the “cords” of our own “sins” literally means to be unable to get free from the devil’s bondage.


“His own iniquities (sins—Law breaking) shall take (ensnare, imprison) the wicked himself, and he shall be holden with the cords of his sins.”  Proverbs 5:22 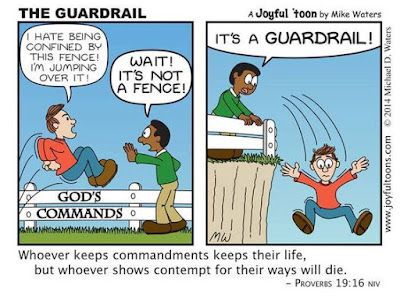