The Dangers of Soul-bonds and Demonic Doorways

The Dangers of Soul-bonds & Demonic Doorways 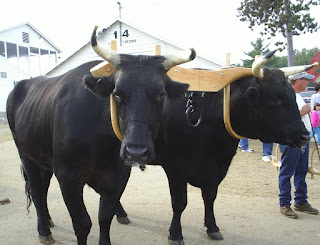 There is no question that Christians are supposed to agape love and minister to those who walk in darkness. It is from this godly ministry that the members of darkness may be won and brought into the light. But the agape love in ministry does not involve “fellowship” with darkness. Fellowship is a depth of bonding that takes the relationship to the level in which soul-bonds are formed. As it says in 2 Corinthians 6:14, when a Christian forges a bond of fellowship with someone who is in darkness, a spiritual yoke is formed, bringing spiritual darkness into the soul of the formerly light-filled Christian.

Soul-bonds Spiritually Knit the Souls of People Together, Allowing the Spiritual Driving Force in the Life of One to Enter the Other

According to the Scriptures, Soul-bonds are formed in the following ways:

•  A group of people who unite for a common purpose become soul-bonded, or spiritually “knit” together. In the case of the Body of Christ, the soul-bond is a good one.

So all the men of Israel were gathered against the city, knit together as one man, Judges 20:11.

So we, being many, are one Body in Christ, and every one members one of another, Romans 12:5.

•  When people become close friends, a soul-bond is formed between them. The deeper the friendship is, the more powerful the spiritual soul-bond will be. In the case of David and Jonathan, the soul-bond, formed of deep friendship, was a godly one.

And it came to pass, when he had made an end of speaking unto Saul, that the soul of Jonathan was knit with the soul of David, and Jonathan loved him as his own soul, 1 Samuel 18:1.

•  Bonding rituals form soul-bonds in all who participate in them. Biblical Communion and baptism are examples of good bonding rituals, producing righteous soul-bonds. Conversely, ungodly soul-bonds are formed through the bonding rituals of the occult or secret societies. This is a fact of which those in dark leadership are well aware, as is clearly demonstrated in the last quotation of this section:

For we being many are one bread, and one body: for we are all partakers of that one Bread, 1 Corinthians 10:17.

Therefore we are buried with Him by baptism into death: that like as Christ was raised up from the dead by the glory of the Father, even so we also should walk in newness of life. For if we have been planted together in the likeness of His death, we shall be also in the likeness of His Resurrection, Romans 6:4–5.

That sacred and invisible bond that unites men of the most discordant opinions into one band of brothers, which gives one language to men of all nations and one altar to men of all religions, is properly, from the mysterious influence it exerts, denominated the mystic tie; and Freemasons, because they alone are under its influence, or enjoy its benefits, are called brethren of the mystic tie’ - Albert Mackey 33rd  Degree Mason. An Encyclopaedia of Freemasonry, Vol. 2, page 778.
•  Companionship and partnerships are also ways in which soul-bonds are formed. When the soul-bond of partnership is formed with a “pagan” (an unbeliever), we unwittingly become partnered with the demons at work in the unbeliever as well. This is why we should only form such bonds with fellow Christians.

I am a companion of all them that fear Thee, and of them that keep Thy Precepts, Psalm 119:63.

What pagans sacrifice they offer to demons and not to God. I do not want you to be partners with demons, 1 Corinthians 10:20.

•  In marriage, a soul-bond is formed between a husband and wife. The marital bond is a deep spiritual joining. This is clear because Scripture says that “God” has “joined” the man and woman “together” so powerfully that no person can break the bonding.

...For this cause shall a man leave father and mother, and shall cleave to his wife: and they twain shall be one flesh. Wherefore they are no more twain, but one flesh. What therefore God hath joined together, let not man put asunder, Matthew 19:5–6.

•  A soul-bond is formed through lust and fornication. In the soul-bond, a direct connection is made with the forces of darkness at work in the life of the object of this lust or fornication. This is made plain in the story of ancient Israel. Many men of Israel committed fornication with the pagan women of the Moabite nation. Baal was the name of the sun god (Satan) in those days. These unrepentant men had become “joined” to Satan through their soul-ties with idolatrous women. To purge the camp of the resulting demonic influx, it was necessary to slay the men:

And Moses said unto the judges of Israel, Every one of you kill his men who were JOINED to BAAL PEOR, Numbers 25:5.

What? Know ye not that he which is JOINED to an harlot (prostitute) is one body? For two, saith He, shall be one flesh, 1 Corinthians 6:16.

A physical yoke is a wooden bond which harnesses two oxen together. Similarly, a spiritual yoke is an unseen soul-bond which spiritually binds two people together. When such yokes are formed with believers, the two are better able to serve God, accomplishing more together than they could individually. A godly soul-bond is a great blessing.

But being unequally yoked with unbelievers is quite the opposite! And of all the dark soul-bonds which may destroy a Christian, the most dangerous is the bond formed by fellowship with witches, satanists, or members of the occult. The level of darkness which enters a Christian’s soul through a soul-bond formed with the unrepentant practitioners of evil is so great that the “friendship” becomes a doorway which opens to the very kingdom of hell itself.

Normally, Christians are hedged about so that demons cannot get into them. Non-Christians are also protected to a certain extent in that the Lord does not allow demons to violate their free wills. Thus, in both cases of Christians and non-Christians, an opening in the protective hedge must be made before demons can get into a person to actually dwell in their bodies...

“He that diggeth a pit shall fall into it. And whoso breaketh an hedge, a serpent shall bite him,” Ecclesiastes 10:8

All through Scripture, demons are referred to as serpents and scorpions. Jesus Himself said:

“Behold I give unto you the power to tread on serpents and scorpions, and over all the power of the enemy...” Luke 10:19.

Sin breaks a hole in the protective hedge, many times allowing a demon to actually enter into the person committing the sin. I call such holes doorways.

The Scriptures are very plain. Any dealings with Satan open a doorway in a person’s life for the inflow of satanic power and/or demon infestation. God told the Israelites:

“Regard not them that have familiar spirits, neither seek after wizards, to be defiled by them. I Am the Lord your God,” Leviticus 19:31.