Today, we begin our journey into Psalm 119 - which is the longest chapter in the Bible. Psalm 119 is the chapter which showcases the Hebrew alphabet, giving the spiritual meaning and message of each Hebrew letter. For every letter of the Hebrew alphabet, there are 8 verses in this chapter, which reveal the spiritual message and meaning of each letter. For centuries, Hebrew children were taught the alphabet through Psalm 119. (Note, Hebrew is read from left to right, so the aleph is the first letter of the alphabet.) 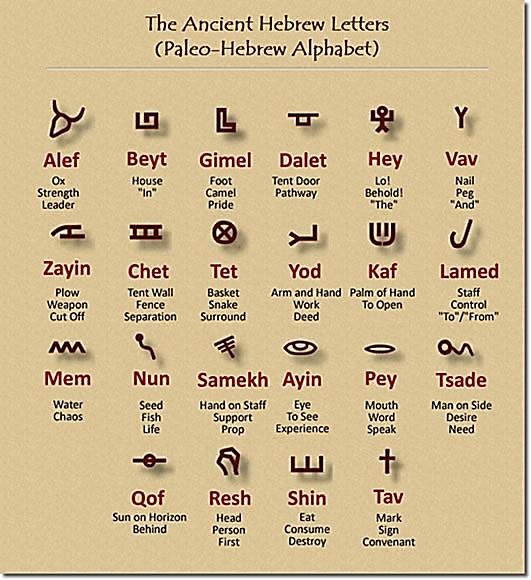 Notably, the letters of the Hebrew alphabet (there are 22 letters) all have tremendous, spiritual meaning. Hebrew words gain their overall meanings by adding together all the meanings of each letter found in the word. Each letter also has numeric value, similar to how Roman numerals do double service as letters.

Introduction: the Story of Psalm 119

This long Psalm deserves a long introduction. The author is unnamed; older commentators almost universally say it is a Psalm of David, composed throughout his entire life. More modern commentators often say that it is from the days of Nehemiah or Ezra. We lean towards agreement with the older commentators, believing it to have been written by David. No matter who wrote it, we notice that it was likely written over some period of time and later compiled, because there is not a definite flow of thought from the beginning of the Psalm to the end. The sections and verses are not like a chain, where one link is connected to the other, but like a string of pearls were each pearl has equal, but independent value.

The Psalm is arranged in an acrostic pattern. There are 22 letters in the Hebrew alphabet, and this Psalm contains 22 units of 8 verses each. Each of the 22 sections is given to a letter of the Hebrew alphabet, and each line in that section begins with that letter. The closest parallel to this pattern in Scripture is found in Lamentations 3, which is also divided into 22 sections, and there are a few other passages in the Hebrew Scriptures which use an acrostic pattern.

Since this is a Psalm glorifying Yahweh and His Law and Word, it refers to Scripture and Torah over and over again. Scripture is mentioned in at least 171 of 176 verses.

Throughout this course of Bible study, we will study each of the 22 sections, one-by-one – along with their corresponding Hebrew aleph bet letter. In the end, we believe a wealth of Wisdom and Truth will be gained, along with a rudimentary understanding of the spiritual depth of the Hebrew language.

Psalm 119 is telling us that to know the Creator God you must know His Law, Ordinances, Word, Commandments, Statutes, Precepts, Decrees, Testimonies, Ways, and Faithfulness. 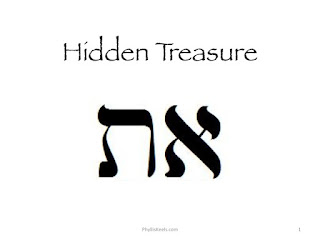 The Aleph is the first letter of the Hebrew alphabet. The Tav is the last letter. The Messiah Yahshua said that He is the Aleph and the Tav, the First (rishon) and the Last (acharon), and the Beginning (rosh) and the Ending (sof): I am the Aleph and the Tav, (Alpha and Omega in Greek) the beginning and the end, the first and the last (Rev. 22:13).

When Yahshua said this, He was making a direct reference to Isaiah 41:4, 44:6, and 48:12, where Yahweh Himself says that He is the First and the Last -- and explicitly declared that there is no other “god” beside Him.

Yahshua was stating that He was the One to whom the references in Isaiah pertain. He is the “direct object” of which the Scriptures speak (see about the role of the direct object marker).

Yahshua also said He was the Truth of God Himself:

Notice that the word for "truth" (emet in Hebrew) contains the first letter, the middle letter, and the last letter of the Hebrew alphabet, which the Jewish sages say means that the truth contains everything from Aleph to Tav, as shown below:

The Hebrew word emet has a more concrete meaning than the English word for "truth" (the English word derives from the Greek/Western view of truth as a form of correspondence between language and reality, but invariably languished over epistemological questions that led, ultimately, to skepticism).

In the Tanakh, emet is often coupled with chesed, covenant faithfulness, which designates Yahweh’s loyalty in fulfilling His Promises and His Covenant. For example, God's emet and chesed were majestically revealed in giving the Covenant at Sinai (Ex. 34:6).

Indeed, Pilate's question, "What is truth?" is a category mistake, since truth is not about "what" but about "Who."

That is, truth is not something objective and static, a thing to be known and studied from a distance. No. Truth is essentially personal. It is personal disclosure of the character of the subject. Understood in this way, Truth is a way of living, a mode of existence, a relational truth.


Alright...  Now that we have established a framework, and a good start on the first eight verses of Psalm 119, I am going to provide links to my online Bible studies on Psalm 119. Each link is for a different Hebrew letter. As I mentioned, our reading today covers the first four letters. So the links to my studies for the first four letters are found below. Join me as we go back to Hebrew Kindergarten (learning the alphabet) and find truths which are deep enough to keep the scholars busy!

There are blank worksheets of these studies found on our website also. If you would like to print a blank copy so that you can do the studies in Psalm 119 in even more depth, go to http://www.lightedway.org/html/psalm119.html
at October 28, 2017 No comments: