In 1 Kings, we read of the wisdom of Solomon, who was gifted by Yahweh to be the wisest man. But it intrigued me to also read of four other men, who also possessed the wisdom of God - enough so that they were worthy of mention in 1 Kings.

And God gave Solomon wisdom and understanding exceeding much, and largeness of heart, even as the sand that is on the sea shore.


1 Kings 4:30-34 "And Solomon's wisdom excelled the wisdom of all the children of the east country, and all the wisdom of Egypt. For he was wiser than all men; than Ethan the Ezrahite, and Heman, and Chalcol, and Darda, the sons of Mahol: and his fame was in all nations round about. And he spake three thousand proverbs: and his songs were a thousand and five. And he spake of trees, from the cedar tree that is in Lebanon even unto the hyssop that springeth out of the wall: he spake also of beasts, and of fowl, and of creeping things, and of fishes. And there came of all people to hear the wisdom of Solomon, from all kings of the earth, which had heard of his wisdom."

So who were these other men, who possessed the Spirit of wisdom (to a lesser degree than Solomon, but still noteworthy)?

1. Who Was Ethan the Ezrahite?

Ethan the Ezrahite was a wise man of Israel who lived in the time of King Solomon. Although Solomon's wisdom (in the earlier part of his life that is; he became very foolish and corrupt in his later years, with disastrous consequences for Israel - see the Fact Finder question below) was the greatest in Israel, it was by Ethan the Ezrahite, and a few others, that Solomon's great wisdom was measured.


There is no doubt that Ethan the Ezrahite was a very wise man, because his wisdom was based upon the Holy Spirit of God. Ethan could not have written Psalm 89, in which God Himself speaks, without the Spirit of wisdom.

Heman the Ezrahite was the author of Psalm 88. According to the Psalm's title. 'Heman' (Hebrew: הימן) means 'Faithful'. Heman the Ezrahite may be one of the three Levites assigned by King David to be ministers of music. This Heman was a grandson of Samuel the prophet (1 Chronicles 6:33-34) who had fourteen sons and three daughters (1 Chronicles 25:5).

Little is known about Chalcol, other than that Chalcol was a prince of the tribe of Judah and a notable wise man. The descendants of Chalcol went westward across the Mediterranean eventually settling in Ulster [Ireland]. Some identify Chalcol with King Cecrops I of Athens.
(From Noah to Dardanus (according to Annius). Anno Mundi Books. http://www.annomundi.com/history/noah_to_dardanus_2.htm. 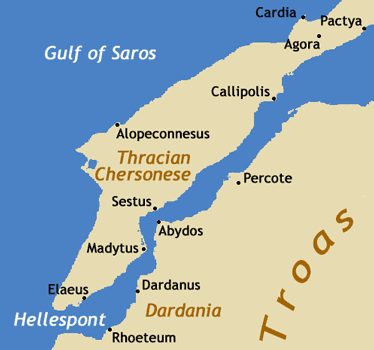 Called a pearl of wisdom, one of the four who were noted for their wisdom, but whom Solomon excelled. He married BATES (Bateia), Princess of Troy. According to legend, during the reign of Teucer, DARDANUS drifted from the island of Samothrace in the Aegean to the Troad, following a great deluge in the Mediterranean area, named after him, The  Flood of Dardanus. After he arrived in the Troad, Dardanus received a grant of land from Teucer and married his daughter Batea, shortly thereafter founding the city of DARDANIA. On the death of Teucer, Dardanus succeeded him as king, and called the whole land DARDANIA.

Today is the fourth of July. In the United States of America, this day commemorates our independence. It is a day to celebrate freedom. Notably, as we are thinking about wisdom, and the people who possessed the wisdom from God, freedom and wisdom are intertwined.

Psalm 119:104 "Through Thy precepts I get understanding: therefore I hate every false way."

Psalm 49:3 "My mouth shall speak of wisdom; and the meditation of my heart shall be of understanding."

The story of Solomon's great wisdom is so inspiring. And it is even more so, considering that God also blessed four of Samuel's grandsons with notable wisdom. It wouldn't be inspiring if God only offered this gift to certain "special" people. The reason these men are inspiring is that it is possible for you and I to have wisdom like they did.

But the key to remember, which Solomon forgot, is that wisdom cannot be sought in and of itself. The pagan Greeks sought wisdom (1 Corinthians 1:22). And Solomon fell from God, when the pursuit of more and more wisdom became his life focus (Ecclesiastes 1:13).

Wisdom, like freedom, cannot be chased down. It cannot be obtained by making it the object of our search. Rather, wisdom and freedom are both given to mankind by God. They are gifts which are obtained only through wholeheartedly seeking Yahweh.


Matthew 6:33    But seek ye first the Kingdom of God, and his righteousness; and all these things shall be added unto you.

James 1:5  "If any of you lack wisdom, let him ask of God, that giveth to all men liberally, and upbraideth not; and it shall be given him."

The Bible never comes out and says that Ethan, Heman, Chalcol, and Darda were godly who wholeheartedly sought after God. But it doesn't need to say it. The fact that these men possessed wisdom, which only comes from God, tells plainly that they each had a real, deep, personal relationship with Yahweh, Who is the Fountain of all wisdom.

Like Solomon, and these four wise men, let us seek God first - and His wisdom. But unlike Solomon, let us never divorce wisdom from God pursuing it, while foolishly leaving Him far behind. It is only when we seek Him first, that all these things will be added unto us.

Happy Fourth of July! And may you find true freedom and wisdom in Yahweh!