Today is the sixth day of the Feast of Tabernacles.

During the Feast of Tabernacles in the time of Yahshua, menorah lights were lit each night illuminating the whole city of Jerusalem. The meaning behind this special light ceremony and it’s significance to Tabernacles is what we will be studying today.

Light is one of the many symbols of Yahshua, given in the Scriptures. Let’s read about Yahshua’s Role as the Light in John 1:1-12 (Notice how the word "light" appears 7 times in this passage - there is one mention of light for each candlestick of the menorah - which is a symbol of Christ): 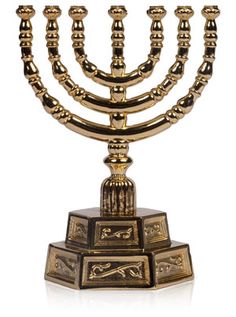 "In the beginning was the Word, and the Word was with God, and the Word was God. The same was in the beginning with God.  All things were made by Him; and without Him was not any thing made that was made. In Him was life; and the life was the light of men. And the light shineth in darkness; and the darkness comprehended it not. There was a man sent from God, whose name was John. The same came for a witness, to bear witness of the Light, that all men through Him might believe. He was not that Light, but was sent to bear witness of that Light. That was the true Light, which lighteth every man that cometh into the world.  He was in the world, and the world was made by him, and the world knew him not. He came unto his own, and his own received him not. But as many as received Him, to them gave He power to become the sons of God, even to them that believe on His Name." 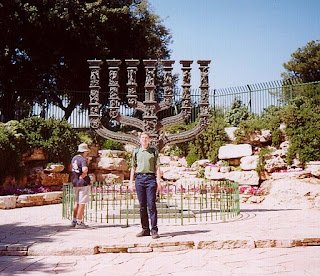 During Tabernacles, each evening the four towering menorahs were lit up and the priests would put on a “light show,” performing torch dances while the Levites sang and played music praising Yahweh for His Heavenly Light. These shows would occur every night of Sukkot. These festivities were apparently so spectacular that the Jewish sages have said, "He who has not seen the rejoicing at the Simchat Bet Hasheavah, has never seen rejoicing in his life" (Sukkah 5:1).

It was also during this time of Sukkot that Yahshua the Mashiach revealed Himself to be the Light of the world (John 8:12, 7:2, 37).

John 8:12  - "Then spake Yahshua again unto them, saying, I Am the Light of the world: he that followeth Me shall not walk in darkness, but shall have the Light of Life." 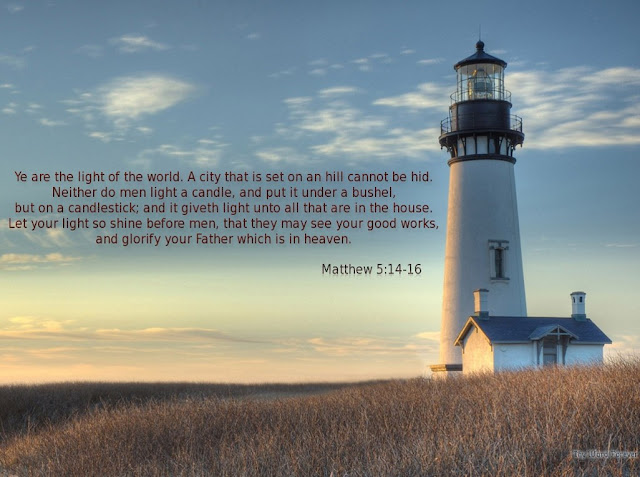 Light is a symbol of Truth.  Yahshua is the Living Word.  The Bible is the written Word. As it says in Psalm 119:105, “Thy word is a lamp unto my feet, and a light unto my path.”

Light is also a symbol of a pure witness.  As we walk with Yahshua becoming more and more like Him in character, and in obedience to the Light of the Word, the Light of Truth shines out of us. 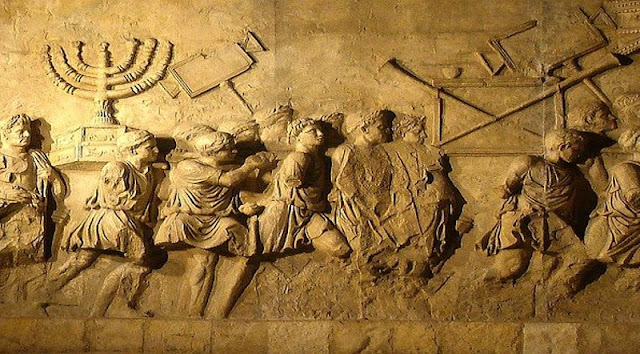 In the sanctuary and in the two temples of Yahweh, the Light was provided by seven-branch candlesticks called menorahs. In this relief carving from the Arch of Titus (above), you can see implements from the Temple being carried away by the Romans as the spoils of war. The menorah, or seven-branched candle-stick depicted here shows what the temple menorahs would have looked like before the temple was destroyed in 70 AD.

The menorah is the symbol of Yahshua. He says, “I Am the Vine, and ye are the branches. He that abideth in Me, and I in him, the same bringeth forth much fruit: for without Me ye can do nothing.” John 15:5.

So the central light of the menorah is Yahshua as our Vine. We bear light only so long as we remain attached to Him. It is only through our connection with Yahshua that we have the oil of the Holy Spirit flowing through us and remain a light to the glory of God.