Today, I'd like to focus on the fall of Jericho, recorded in Joshua chapter 6.  The fall of Jericho is a shadow picture of the fall of final Babylon. For this reason, there are many prophetic parallels in this story which warrant notice. Also, since this is a subject which I have already addressed, in Called to Canaan Vol 3, the following is quoted from the epilogue of this book.

Now Jericho was straitly shut up because of the children of Israel: none went out, and none came in.  And Yahweh said unto Joshua, See, I have given into thine hand Jericho, and the king thereof, and the mighty men of valour. And ye shall compass the city, all ye men of war, and go round about the city once. Thus shalt thou do six days. And seven priests shall bear before the Ark seven trumpets of rams' horns: and the seventh day ye shall compass the city seven times, and the priests shall blow with the trumpets. And it shall come to pass, that when they make a long blast with the ram's horn, and when ye hear the sound of the trumpet, all the people shall shout with a great shout; and the wall of the city shall fall down flat…”
Joshua 6:1-5

After final Israel is sealed in Yahweh’s Name (a process which encompasses the testing and experiences of the forty-two encampments of Israel, as detailed in this Called to Canaan series) the people of Yahweh will go to war against Babylon. The future fall of Babylon is foreshadowed in the fall of Jericho long ago. For this reason, we will now address the prophetic parallels in Israel’s conquest of Jericho, with special focus on the ultimate overthrow of Babylon.

And he cried mightily with a strong voice, saying, 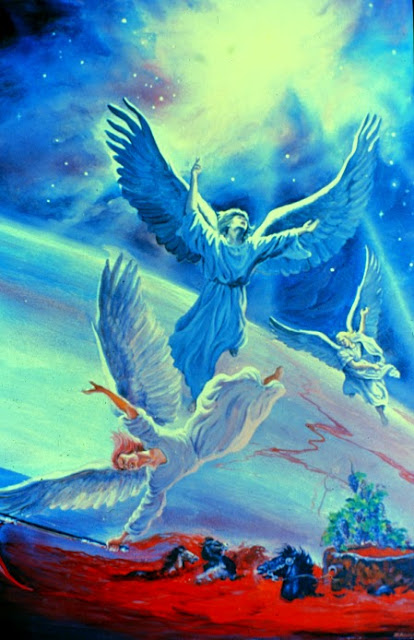 Babylon the great is fallen, is fallen, and is become the habitation of devils, and the hold of every foul spirit, and a cage of every unclean and hateful bird. And the kings of the earth, who have committed fornication and lived deliciously with her, shall bewail her, and lament for her, when they shall see the smoke of her burning, standing afar off for the fear of her torment, saying, Alas, alas that great city Babylon, that mighty city! For in one hour is thy judgment come. Rejoice over her, thou Heaven, and ye holy apostles and prophets; for God hath avenged you on her… Thus with violence shall that great city Babylon be thrown down, and shall be found no more at all, Revelation 18:2, 9-10, 20-21

One powerful parallel between the fall of Jericho and the fall of Babylon is the work of the Two Witnesses, known in the Jericho story as the two faithful spies. As we have already mentioned, in this book, it was necessary to establish a matter through the testimony of at least two witnesses. This requirement was established by Yahweh Himself.

Moreover if thy brother shall trespass against thee, go and tell him his fault… But if he will not hear thee, then take with thee one or two more, that in the mouth of two or three witnesses every word may be established, Matthew 18:15-16.

In Yahweh’s just Kingdom, final judgment cannot be rendered without the work of two witnesses. As only two of the ten spies were faithful, Scripture shows that two witnesses were sent unto Jericho before Yahweh rendered judgment against that great city. 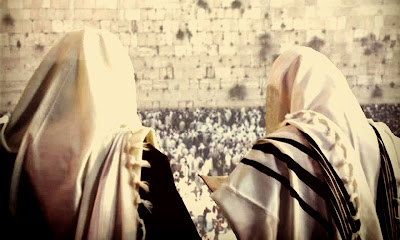 In parallel, there will be Two Witnesses sent unto Babylon as well, foretold in Revelation Chapter Eleven. It will only be after the Two Witnesses have given their testimony that ultimate Babylon will fall and the reign of the Beast will cease. Even at the End of the World, Judgment will not be rendered until the Testimony of the Two Witnesses has been heard.

And I will give Power unto My Two Witnesses, and they shall prophesy a thousand two hundred and threescore days, clothed in sackcloth, Revelation 11:3

Rahab, a harlot, lived in Jericho, her dwelling crowning the city walls. In a shadow-picture of the final Redemptive work of Yahweh, through the Two Witnesses, we see that Rahab could choose to repent and turn to God, during their testimony. In so doing, she found salvation, as did everyone who lived in her house. In the same way, all who hear the testimony of the final Two Witnesses – and  repent – will be counted among Israel and will be redeemed from the falling kingdom of ultimate Babylon.

However, those who will not heed the warning of the Two Witnesses, but continue to ignore the final call to repentance, will be destroyed. Their Judgment will be as complete as was the destruction of the unrepentant occupants of Jericho. The people who aligned themselves with the wicked city fell with the wicked city. So it will be with the fall of final Babylon.

For if we sin willfully after that we have received the knowledge of the truth, there remaineth no more sacrifice for sins… He that despised Moses’ Law died without mercy under two or three witnesses. Of how much sorer punishment, suppose ye, shall he be thought worthy, who hath trodden under foot the Son of God, and hath counted the Blood of the Covenant, wherewith he was sanctified, an unholy thing, and hath done despite unto the Spirit of Grace?... Vengeance belongeth unto Me, I will recompense, saith Yahweh… It is a fearful thing to fall into the Hands of the Living God. Hebrews 10:26-31
ATONEMENT & THE ULTIMATE JUBILEE

Prophetically, the Final Battle in possessing their inheritance, was Israel’s conquest of Jericho. This took place in the final seven years! As Bible prophecy foretells, the Battle of Armageddon will be fought and Babylon will fall, in the same way that Jericho fell long ago. Thus, we see that the fall of Babylon will take place just prior to the ultimate Jubilee, in which Yahweh’s saved will enter the New Jerusalem.

Jubilee is the fiftieth year. Fifty is the number represented by the letter, nun (נ). Joshua was the “son of Nun,” Numbers 11:28. This number refers to the restoration of all things, returning us to the unfallen state of the original Garden of Eden. As we have seen in this series, End Time events match the “pattern” given to Moses (Hebrews 8:5), and bring into harmony the wilderness journey, the ministry of Messiah, and the prophecies of the End of the world. Knowing YAH's Ways (Psalms 103:7), we see that this harmony also includes the hidden meaning in the numbers.

From the Book of Genesis, we find a significant key regarding Jubilees. Yahweh ordained exactly 120 Jubilees to the fall of Babylon and the End of the World.

And Yahweh said, My Spirit shall not always strive with man, for that he also is flesh: yet his days shall be an hundred and twenty years,
Genesis 6:3

Notably, since old-time Creationists have understood the earth to be about 6000 years old, we find another evidence for the Jubilee cycles to conclude at 120:

At the conclusion of the 120th Jubilee, the 7000th year will commence.

Far more than just interesting trivia, one must note that we have already had one hundred and nineteen Jubilees. The next Jubilee will be the 120th!

Babylon’s fall parallels Jericho’s in that it will not only take place on a Jubilee, it will also happen at the time of the Fall Feasts, in the beginning of the final Jubilee. As we will show in Bible Prophecy, Babylon will fall specifically on the final Day of Atonement – the Day when the ultimate Jubilee begins.

Then shalt thou cause the trumpet of the Jubilee to sound on the tenth day of the Seventh Month, in the Day of Atonement shall ye make the trumpet sound throughout all your land. And ye shall hallow the fiftieth year, and proclaim liberty throughout all the land unto all the inhabitants thereof: it shall be a Jubilee unto you… Leviticus 25:9-10

Trumpets are blown on the Day of Atonement to herald the beginning of a Jubilee year. Trumpets were also blown by the priests of ancient Israel as they encircled the doomed city of Jericho. The walls of Jericho fell down at the shout and the last trumpet blast. And, it will be at the Voice of the Archangel and the Trump of God on the final Day of Atonement, on which the kingdom of Babylon will fall, forever ending the reign of the Beast.

To fully establish that the Beast’s reign will be broken and that Babylon will fall on the final Day of Atonement, in addition to the commencement of the 120th Jubilee which takes place upon that Day, we must carefully examine the prophetic timelines. These timelines, largely given by the prophet Daniel, will all play out at the End of the World.

For more information on this subject, ask for your own copy of our book Called to Canaan Vol 3, written by Danette Davis and Shauna Manfredine.