Fear, it's one of the biggest issues among God's people today. We see what's going on the government - and we fear. We hear about threats of war from countries like North Korea - and we fear. We listen to economists warning of a coming financial crash - and we fear. There is much cause for fear in our world today. But no matter what the circumstances, God doesn't want His people to be afraid!

In Psalm 46, we read the reason that fear is the deepest form of worship. We are to fear nothing but God. When we really know Who God is, we will have confidence and trust in Him. And one of the greatest ways to fear God and nothing else, is to be still in the face of adversity. This was is the test of Israel's 3rd encampment, Pi Hairoth, echoing the message of Psalm 24:


Psalm 24: 1-5, 10 - "God is our refuge and strength, a very present help in trouble. Therefore will not we fear, though the earth be removed, and though the mountains be carried into the midst of the sea; Though the waters thereof roar and be troubled, though the mountains shake with the swelling thereof. Selah. There is a river, the streams whereof shall make glad the city of God, the holy place of the tabernacles of the most High... Be still, and know that I am God: I will be exalted among the heathen, I will be exalted in the earth. God is in the midst of her; she shall not be moved: God shall help her, and that right early." 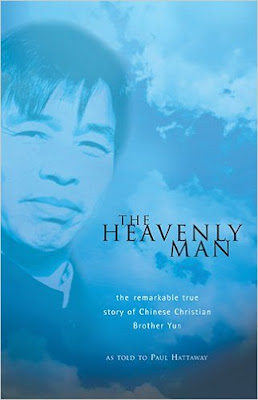 adversity and even certain death is something we can only do when we clearly see Who God is. It is because we know that He - not our circumstances - is in charge of our lives, that we are enabled to be still while our very world comes unraveled at the seams.

During the 1970’s, the Christian House Church Movement took serious hold in China. This movement of grassroots believers was not accepted by the Communist government. In fact, they were hindered, hated, and even hunted by the Communist regime.  One of the courageous leaders of the persecuted House Church believers was Brother Yun; a man so dedicated to serving Yahweh that throughout China he is lovingly called by his nickname, the “Heavenly man.” This is also the name of the book which tells his remarkable story.

Because of his activity, in reaching many for Christ, the Chinese government placed Brother Yun on their list of “most wanted” criminals. Time and again they persecuted and imprisoned him. There were many painful trials and experiences in his walk with Yahweh. But, through each, Brother Yun’s faith was undimmed. He was always completely aware that Yahweh only allowed these difficulties while there was some good to come from it, as it says in Romans 8:28.

Brother Yun’s third imprisonment was a very dark time. The guards were determined that he would not escape from them. So they took him into a room and beat his legs until they turned completely black below the knee. They wanted to cripple him permanently, because he had escaped several times. Many times during the painful beatings, which sometimes included the use of an electric shock baton, the guards would shout at Brother Yun raging at him to recant his love for Yahshua. In one such incident the guards even shouted that they held the power of Yun’s life in their hands. They cruelly taunted that if he didn’t agree to their terms and stop teaching about Yahshua they would keep Yun there in prison and torment him for the rest of his life.

To this abusive boast, Brother Yun quietly responded that he couldn’t be kept in that prison one day beyond the length of time Yahweh wanted him to stay. This further enraged the guards. They beat him until Brother Yun’s legs were completely destroyed and he was unable to walk. Still they beat him every day, even in his crippled state.

But Brother Yun did not sin by complaining against God. He did not waiver in his faith no matter how angry and violent his oppressors became. Of this time, Brother Yun says, “I had no Bible with me so I meditated on God’s Word from memory and prayed in tears for the churches. I shouted out Bible verses at the top of my voice, clinging to God’s promises such as Psalm 27:1-3. I sang loudly day and night.”

Then, on the morning of May 5, 1997, God instructed Brother Yun to escape from the maximum security prison. Brother Yun miraculously walked out of the prison, in broad daylight passing several security guards and checkpoints. He didn’t realize until later that his legs had been healed the instant he needed them. Yahweh demonstrated His great power over Yun’s life in showing his tormentors that indeed a child of God could not be imprisoned one day past the length of time Yahweh allowed.

But, this kind of mature faith in Yahweh’s power and goodness was not yet found in the hearts of the escaping Hebrew slaves. They were about to face the terrible wrath of a powerful enemy, but instead of keeping their eyes trustingly upon Yahweh, aware that nothing could touch them without His permission, the Israelites quaked and complained.


Ancient Israel’s first test of faith in the face of fearsome and murderous rage took place at their third campsite called Pi Hahiroth, which means “mouth” and “kindled wrath.” By a command from Yahweh, they had turned away from the north easterly route, the route that led directly to Canaan. There is much evidence that the multitude was headed for the Gulf of Aqaba, east of the Suez, led by the witness of the cloud and the sword of fire. 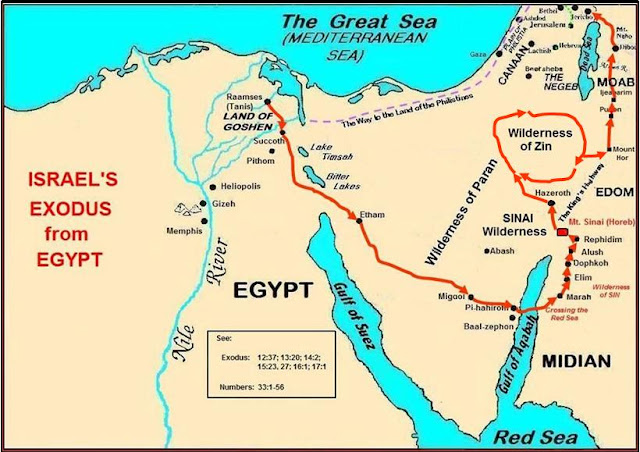 The name, Pi Hahiroth, also means “to subside, to calm; to be quiet in the face of wrath.”

Pharaoh had hardened his heart against the God of Heaven (Exodus 7:13-14). He must have had much hatred built up in the aftermath of the plagues and the death of his own son. With the work force removed,  recovery from the plagues would take a great deal of time. Egypt was in total chaos, the economy completely collapsed. Perhaps to wreak vengeance upon the former slaves, Pharaoh gathered his army, the greatest in the world before the plagues.  He brought six hundred choice chariot drivers and all the chariots of Egypt. This would have been his entire arsenal, those that were ready for war, plus his reserves. Each chariot had a commander (Exodus 14:7). They must have seemed a monstrous destroyer to the entrapped and humanly defenseless slaves.

There was no reasoning with Pharaoh then. Like the 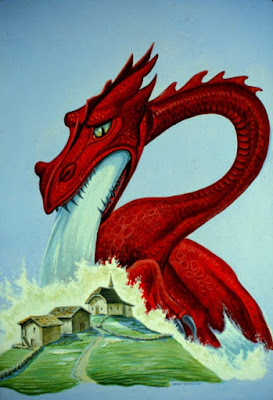 merciless guards who beat Brother Yun, Pharaoh was the epitome of satanic vengefulness.  A stream of wrath poured from him, seeking to devour the people of Yahweh.   It was as if he could pour out a flood of water (destroying people)  after the "woman" (a symbol of Yahweh’s pure people) to destroy her (Revelation 12:14-17).


In the 600 chariots of Pharaoh (Exodus 14:10), we find a symbol of all the forces of human power intent on destroying Yahweh’s people. We may expect to be pursued by the entire world, under Satan’s power. Remember, then, that the fallen angel will fail, like Pharaoh of old. No matter how threatening his edicts and army may appear, he is a defeated foe.


Exodus 14 tells how his army of 600 chariots overtook the Children of Israel by the sea. The sight and sound of this vast army racing swiftly through the canyon made Israel “sore afraid,” in fact, terrified! It was amply apparent that destruction and death were rapidly closing in with the dusty clouds billowing from the ominous onslaught. Weaponless and trapped, their 600,000 untrained warriors felt helpless, falling quickly into despair. In significance, 600,000 is more than just the number of warriors among the Children of Israel. The number is symbolic of being focused on human power, rendering us powerless. It is indicative of human inadequacy. 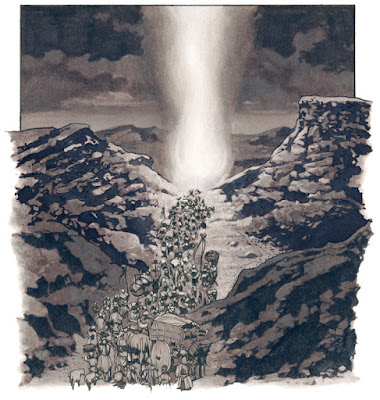 They had only days before, exchanged their weapons from Egypt for the cloud from Heaven. They had already witnessed many miracles, but now in the face of this terrible human force, the mighty power of Yahweh was forgotten and fear rose within them. Moses spoke words of faith to “calm” the multitude. The Cloud over them was to be their defense now. Could they trust Yahweh? Would they trust Him? This test will come to us all for when we put our lives, our safety completely in the hand of the Father, we will be tested.

The multitude, then, headed through a canyon area, called the Wadi Watir, which led to the sea.  The Bible, in Exodus 14:3, says, "They are entangled in the land, the wilderness hath shut them in."  If you can imagine a few million ex-slaves caught in a canyon, you might tend to justify their first provocation:  “Did you bring us out here just to have us killed in this wilderness?” they had complained. How quickly doubts take over when faith is tested!


The Egyptians marching after them, sounded like thunder through the canyons. How long they were aware of the advancing army, we do not know.  But the Bible does state that they crossed the Red Sea on the eighth day out from the Passover-Exodus. That means the escaping slaves had to set up camp several times before they arrived at the seaside. They may have had a day or more to "stress," or to "pray." But Israel was not being called upon to arise and fight. They were being called to a greater test. They were just to be still! The Children of Israel were being called to wait upon Yahweh. What a test this was for those warriors among them. What a test it will be for Yahweh’s end-time people to wait patiently upon Him for deliverance.


It is easy, when reading the two accounts, to praise Brother Yun’s faith while mentally chiding the Children of Israel. But the experience of ancient Israel isn’t given as a historical tidbit, which we may learn from the relative comfort of our uninvolved easy chairs.  These stories and experiences are a warning. This same test will come to all who would enter the Promised Land. When the test of this campsite experience comes to you, will you be still in the face of fear while your captors are even at your door? You will, if you have prayerfully learned from the examples of those who tread the wilderness before you.  You will if you are forming habits now of patiently trusting in Yahweh. Remember, He will never leave you nor forsake you (Hebrews 13:5).

Psalm 24: 1-5, 10 - "God is our refuge and strength, a very present help in trouble. Therefore will not we fear, though the earth be removed, and though the mountains be carried into the midst of the sea; Though the waters thereof roar and be troubled, though the mountains shake with the swelling thereof. Selah. There is a river, the streams whereof shall make glad the city of God, the holy place of the tabernacles of the most High... Be still, and know that I am God: I will be exalted among the heathen, I will be exalted in the earth. God is in the midst of her; she shall not be moved: God shall help her, and that right early."