For today, I will focus on Hebrews Chapter 2 - specifically on the Nature of Christ. This is one of the most misunderstood concepts today. And it isn't just a point of theological debate. How one interprets the Nature of Christ determines whether or not one believes that he/she can overcome sin. In other words, what I believe about Christ's Nature determines whether or not I believe He had an advantage over me.

If He had an advantage, having an ability to be victorious over sin that I do not have (in Him), His Life cannot be my full Example. So, the "Nature of Christ" (addressed in Hebrews Chapters 1 and 2) is a doctrinal concept with deep and personal ramifications. 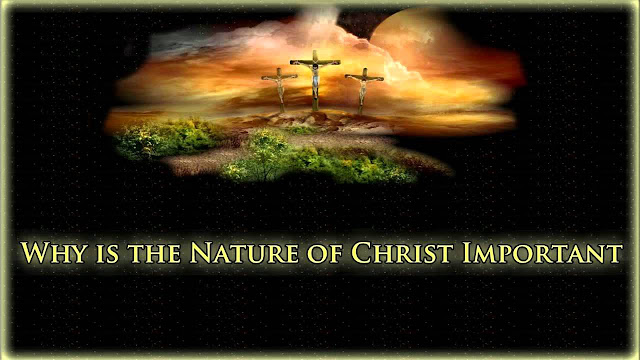 The Bible repeatedly tells us that Jesus (Yahshua) was manifested in the flesh like us.


Hebrews 2:11 "For both He that sanctifieth and they who are sanctified are all of one: for which cause He is not ashamed to call them brethren."

Brothers are of the same flesh and family. Christ, the One who sanctifies us, is one with those He sanctifies - to such a degree that He claims us as His brothers. What does this mean? In Hebrews we are plainly told that our Saviour didn't just descend to the point of being like the angels (who are obviously much lower than their Creator - but higher than fallen mankind). He took the nature of the "seed of Abraham", becoming like mankind "in all things" so that He could be our effective High Priest, having been tempted like we are - yet without sin (He never fell to temptation, even once).


Hebrews 2:16-18  "For verily He took not on Him the nature of angels; but He took on Him the seed of Abraham. Wherefore in all things it behoved Him to be made like unto His brethren, that He might be a merciful and faithful High Priest in things pertaining to God, to make reconciliation for the sins of the people. For in that He Himself hath suffered being tempted, He is able to succour them that are tempted."

Hebrews 4:14-15  "Seeing then that we have a great High Priest, that is passed into the Heavens, Jesus (Yahshua) the Son of God, let us hold fast our profession. For we have not an High Priest which cannot be touched with the feeling of our infirmities; but was in all points tempted like as we are, yet without sin."

When a child is born, it possesses the same flesh and blood as its parents. Let's read Hebrews 2:14 again. It says:


"Forasmuch then as the children are partakers of flesh and blood, He also Himself likewise took part of the same."

Over and over this concept is repeated. Why? God is making sure we're clear on the concept that Messiah really took the SAME nature man possessed. Just like children partake of the same flesh and blood, He also Himself likewise took the same! Christ took part of the same nature as the children who "are partakers of flesh and blood." This tells us without question the kind of nature Christ possessed.

Since Adam had no children prior to his fall, it is safe to say that all the children who have ever been born in the world have inherited the same fallen nature of Adam, because they were all born after Adam sinned. 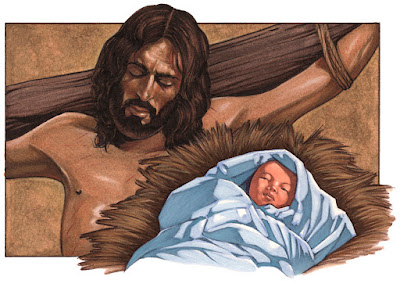 But, maybe you are asking yourself, if Christ actually inherited the compromised nature of Adam, then why didn't He sin like the rest of Adam's descendants? Our Saviour didn't sin like the rest of us because He was filled with the Holy Spirit from the womb. He possessed a fully surrendered will and a sanctified human nature.

So, then didn't Christ have an advantage over us? Certainly you and I weren't Spirit-filled from the womb, possessing from birth a fully sanctified human nature! While that is true, it is also not true that He had an advantage over us. In Him, we may partake of the same power to keep us from sinning that He did.  Jesus (Yahshua), in living His Life of victory over sin, did not utilize His divine power to get the victory. Instead, He set aside His power and confined Himself to the same power available to us through conversion and sanctification. Christ relied upon the Father to empower Him, just as we must do.

If He had not won the victory over Satan in the same nature we have, what encouragement could we gain from His victory? We don't need to be shown that it was possible for unfallen Adam not to yield to sin. We already knew that Adam - before the Fall - possessed, within his nature, the ability to live in consistent obedience to the Law of God. But what you and I need to know is that we can overcome our sins, with our natures being fallen. And that is the beautiful reality which Christ came to demonstrate.

Satan charged God with requiring something that couldn't be done. Satan said that God was unfair for requiring His created beings to obey His Law, since such obedience was impossible for us. The reason fallen man could not produce obedience is clearly described in Romans 8:3-4. But it also tells us the Good News. In Christ, we are not only forgiven for our past Lawlessness (sin), but we can now be obedient, through the Power of God:


"For what the Law could not do, in that it was weak through the flesh, God sending his own Son in the likeness of sinful flesh, and for sin, condemned sin in the flesh: That the righteousness of the Law might be fulfilled in us, who walk not after the flesh, but after the Spirit."

Key Question: What could the Law not do for us because we were too weak in the flesh to keep it?

Answer: It could not save us.


Key Question: Because we could not keep it due to the weakness of the flesh, what did God do?

Answer: He sent our Messiah to obey the Law perfectly in the flesh. He condemned sin in the flesh by total victory over it.


Key Question: What did His victory in the flesh make possible for us to do? "That the righteousness (just requirement) of the Law might be fulfilled in us."

Answer: It enabled us to obey.


Key Question: How did Christ's victory in the flesh make it possible for us to obey?

Answer: We are enabled to obey by the miracle of Conversion, which changes our walk from the flesh to the Spirit. Then Christ in us, through the Spirit, imparts victory over sin to our lives.

Some might claim that since justification only involves an imputing of Christ's sinless record to our account, it could be done in any kind of body. But is that true? The purpose of the incarnation was to redeem fallen man and not sinless man. To do so He had to "condemn sin in the flesh" (Romans 8:3). Our sins that proceed from the flesh had to be condemned by Him, and the only way this could be done was to conquer that sinful flesh and submit it to the death of the cross.
Jesus (Yahshua) came to take away the sin of the world, as John declared. How could He take away sin that was not even there in the flesh He assumed? To be more precise, how could he "condemn sin in the flesh" in a sinless flesh?
Paul said, "I am crucified with Christ" (Galatians 2:20). Why does he further state that we "were baptized into his death" (Romans 6:3)? Every sinner must pass, by faith, through the crucifixion and resurrection experience with Christ. In order to pass from death to life, every one of us must identify with the One who represented us as the second Adam. Our sins were in Him. When He died, we died; and the penalty against our sins was satisfied and exhausted.
Can't you see that He had to carry our own fallen nature to that cross in order to make it possible for our sinful nature to be put to death? Anything less would have failed to satisfy the justice of God. Christ had to surrender condemned humanity to the full wages of sin on that cross in order to make atonement possible for us. Otherwise, we could not identify with Him or be crucified with Him. Obviously, redemption requires that Jesus live and die with the nature of fallen man in order to provide the vital link of justification.

Now let us look at the requirements of sanctification.
Sanctification is not a mere crediting or accounting. It is the imparting of something to us. Just as He imputes justification to deliver us from the guilt of sin, He now imparts sanctification to deliver us from the power of sin. What is the sanctification He imparts? It is our actual participation in the victory of Christ over sin. By faith we enter into and appropriate the strength of the victory He experienced in the flesh. In other words, He is able and willing to live out in us the same overcoming life that He lived as a man on this earth. He will reproduce in us His own sinless experience. This is sanctification.
If Jesus (Yahshua) came into the world with Adam's unfallen nature in order to manifest a sinless life, how could that unfallen nature be reproduced in me? Participating in Adam’s unfallen experience does not sanctify fallen men. They are sanctified by overcoming sin in their fallen nature through the same power Jesus (Yahshua) used in overcoming sin. There is no way for us to participate in the unfallen experience of Adam. If that is the means by which Jesus (Yahshua) overcame Satan, there is no way for Him to impart it to me. But if Jesus (Yahshua) gained the victory over Satan in the fallen nature of Adam's descendants, then I can participate in it with Him. That kind of victory can be superimposed upon my own life, because it was gained in the same nature I possess. (quoted and adapted from Christ's Human Nature, by Joe Crews) 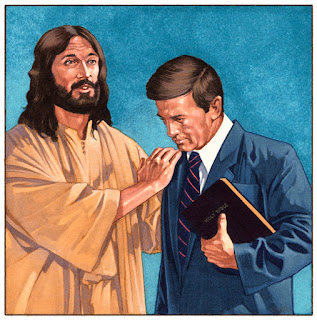 This is the vital and encouraging Message of Hebrews Chapter 2.  In Christ, we not only experience the Atonement - His Cleansing from our sinfulness - we also are empowered to follow His Example of victory, for the future:

1 Peter 2:21-24  "For even hereunto were ye called: because Christ also suffered for us, leaving us an Example, that ye should follow His Steps. Who did no sin, neither was guile found in His Mouth: Who, when He was reviled, reviled not again; when He suffered, He threatened not; but committed Himself to Him that judgeth righteously: Who His own Self bare our sins in His own Body on the tree, that we, being dead to sins, should live unto righteousness: by Whose Stripes ye were healed."