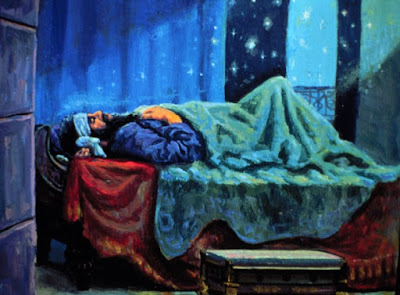 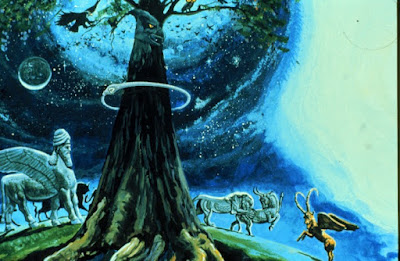 Today, as I read in Daniel chapter four, I was struck by the story of Nebuchadnezzar and his dream of the great tree. In the dream, which Daniel interpreted, Nebuchadnezzar was the great tree. Like the tree, the king was strong and powerful. But the tree magnified itself unto Heaven and was cut down to bring it down to size. Its roots remained, however, so at the end of seven years, it was restored - a wiser, humbler "tree". This vision was a warning to the king. And its meaning was not unknown to him.

Daniel warned Nebuchadnezzar to humble himself and repent. But the warning appears to have done little good, for the judgment of God was still brought upon the proud king!

Daniel 4:27-31 "Wherefore, O king, let my counsel be acceptable unto thee, and break off thy sins by righteousness, and thine iniquities by shewing mercy to the poor; if it may be a lengthening of thy tranquillity. All this came upon the king Nebuchadnezzar. At the end of twelve months he walked in the palace of the kingdom of Babylon. The king spake, and said, Is not this great Babylon, that I have built for the house of the kingdom by the might of my power, and for the honour of my majesty? While the word was in the king's mouth, there fell a voice from heaven, saying, O king Nebuchadnezzar, to thee it is spoken; The kingdom is departed from thee."

Pride is a terrible spiritual giant, which nearly brought about king Nebuchadnezzar's downfall, along with many others. Today, of all the character deficiencies which we face and must overcome (by Yahweh's Grace) pride is among the worst.

In the story of David and Goliath, which we read several days back, Goliath and his four giant brothers were all named for the greatest spiritual foes which try to destroy Christian even today.

For example, the name Goliath means "tale-bearer" or "gossip". Perhaps you recall how David took five stones with him to fight Goliath. This was not because David planned to 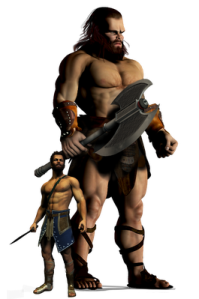 miss. Rather, Goliath had four giant brothers, whom David believed he would have to face, when he slew the first giant.

One of Goliath's brothers was named Ishi-benob. David didn't end up fighting him early on, as he did Goliath. As a result, Ishi-benob attacked him later in life. In fact, he nearly succeeded in killing David! Had not Abishai intervened, David would have fallen under the onslaught of this giant. But a friend helped him and David’s life was spared.


2 Samuel 21:15-17 - “Moreover the Philistines had yet war again with Israel; and David went down, and his servants with him, and fought against the Philistines: and David waxed faint. And Ishbi-benob, which was of the sons of the giant, the weight of whose spear weighed three hundred shekels of brass in weight, he being girded with a new sword, thought to have slain David. But Abishai the son of Zeruiah succoured him, and smote the Philistine, and killed him. Then the men of David sware unto him, saying, Thou shalt go no more out with us to battle, that thou quench not the light of Israel.”

It is in the negative sense of the word. So, what does it mean to dwell on high, in a negative sense? In modern English, we have a word for that: PRIDE. In other words, Ishbi-benob, in its fullest meaning – means to HAVE PRIDE!

There is a spiritual key to be noted from this story of how David was nearly killed by this giant later on in life. The longer we allow the giants to reign in our souls, the more havoc they wreak. Unconquered Giants will attack later in life, as we see happened to David. We must face the giants sooner or later. And sooner is better.
Ishbi-benob attacked David after years of achievement. This is exactly how the Giant of Pride works. Ishbi-benob attacked David when he was weary and in distress. This also is how the Giant of Pride works to destroy us.

What about us? How does the giant of Pride attack us? Most often through men’s praise!

1 Corinthians 3:13 - “Every man's work shall be made manifest: for the day shall declare it, because it shall be revealed by fire; and the fire shall try every man's work of what sort it is.”

How is the praise of men a "fining pot" or "fire" which "reveals" the truth about character condition? Do you remember the story of Herod? His subjects were shouting his praises, actually calling him a god. Herod didn’t rebuke or stop the unrighteous praise – but rather enjoyed and encouraged it. We find the story in Acts 12:21-23.

If we respond to men's praise by taking the credit for it and absorbing the glory of it to ourselves, we are being spiritually defeated by the giant of pride. To defeat pride, we need to consistently deflect praise. We should be thankful to the others who have helped us to grow and to achieve. And most especially, we should be thankful to Yahweh. Praise should be deflected, never absorbed!

1 Peter 5:5-6 - “Likewise, ye younger, submit yourselves unto the elder. Yea, all of you be subject one to another, and be clothed with humility: for God resisteth the proud, and giveth grace to the humble. Humble yourselves therefore under the mighty hand of God, that he may exalt you in due time."

The giant Ishbi-Benob attacked David with a spear and a NEW WEAPON. Let’s examine the spiritual lesson in this also. Often, when pride attacks, it comes in a way we are not expecting. As a result, we do not perceive it for what it really is.

Actually a lack of perception is common when we are attacked by Pride. This is because Pride causes spiritual blindness. We cannot see the truth - which is that God has blessed us with time, talents, and abilities. These are gifts! They are not our own.

David was given an opportunity to defeat the giants early on. When defeated early, it is much better. But if the giant of Pride has a chance to hang out in our characters, quietly thriving underneath the detection of our spiritual "radar", we may need a godly friend to help us defeat this giant. Just as David needed the help of Abishai to slay Ishi-benob, we may fall under the onslaught of pride, which most often comes later on in life, when much good has been accomplished - and when it is most tempting to take the credit for the good that has been achived.

In the Bible, king Nebuchadnezzar of Babylon was known for his pride. One day, he stood on his terrace overlooking his kingdom and pridefully said, “Is not this great Babylon that I have built?” Nebuchadnezzar wasn’t acknowledging that his position, intellect, abilities, and even his very breath were all gifts from God. It was God who had made him great. But Nebuchadnezzar to the glory due to God for himself. And God struck him.

In that moment, God took back Nebuchadnezzar’s intelligent mind. It had been a gift from God in the first place. And in that moment, Nebuchadnezzar became a blithering idiot. He was reduced to living like an animal in the field. This continued for seven years. Then God touched him and restored his mind. Now Nebuchadnezzar had a new, enlightened attitude. He was humble and deflected praise to God, where it rightly belonged.

The right attitude about our talents and abilities is to be a channel of Grace. We constantly recognize that anything we have or are is from God. Then we allow God to work through us, using what HE has given to bless others. Freely we have received, freely give (Matthew 10:8).

And remember the key - praise is the fire. When you are tested in the fire of men's praise, give God the glory by deflecting it - rather than absorbing it. In so doing, Ishi-benob will be defeated in your life as well. Otherwise, as happened with Nebuchadnezzar, God may find it necessary to humble you - a task He will lovingly (and uncomfortably) do, rather than have you fall a prey to the giant of pride.