In today's Bible reading, I'd especially like to focus on Matthew 11:20-24. I call this warning, woe, and prophecy "The Blessing and Responsibility of Great Light": 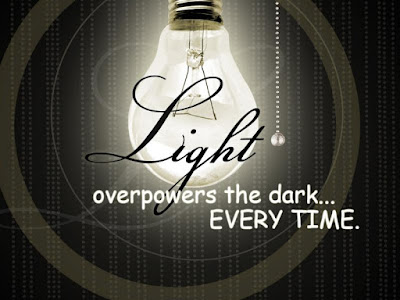 Light is a gift God gives to all of His people. In fact, Light is the single greatest gift that God can give to us, today. But to more fully appreciate this fact, we need to take a closer look at the value of Light.


John 12:46  - "I am come a Light into the world, that whosoever believeth on Me should not abide in darkness." 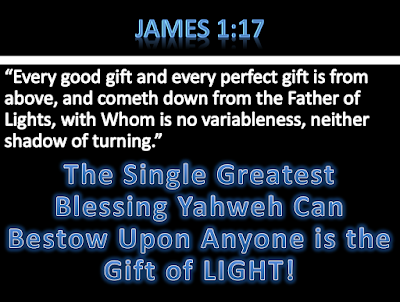 Not only is God the Source of all Light and Jesus Christ (Yahshua) is the Light of the World, God shines His Light of Truth upon our paths through His Word (Psalm 119:105).

Thus, by spending time in the Scriptures, we are enlightened in the Truth. In personal application, Light doesn’t just automatically increase. We have a part to play in increasing our level of Light (2 Timothy 2:15). By studying the Word of God, our Light is increased.

Not only does light need to increase in each of us, personally, the Bible tells us that the final message of Truth will shine so brightly, that the whole world will be illuminated by it:


Revelation 18:1  "And after these things I saw another angel come down from Heaven, having great power; and the earth was lightened with his glory."

Once again, Light is from God. It is He Who gives all Light. And Light is the single greatest blessing God can bestow upon anyone! 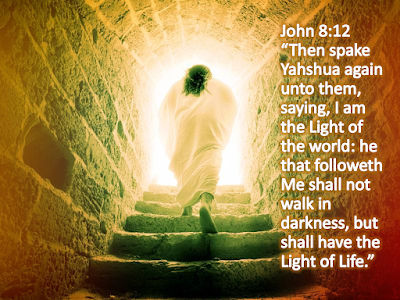 But even though Light is the single greatest gift which God can bestow upon us, other than Salvation of course, many do not love love Light, nor appreciate this gift:


John 3:19-20  "And this is the condemnation, that light is come into the world, and men loved darkness rather than light, because their deeds were evil. For every one that doeth evil hateth the light, neither cometh to the light, lest his deeds should be reproved." 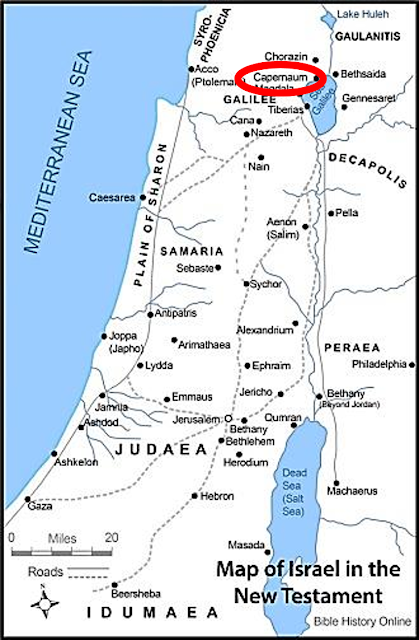 When our Saviour walked this earth, He brought the Light of Truth with Him. He is the embodiment of Truth. Where ever Christ went, the Light of Truth shone brightly. Naturally the places of the Greatest Light, were the places Jesus (Yahshua) spent the most time and performed the most miracles. These cities, located in the region of Galilee, were very blessed because the Saviour spent so much time there - especially in Capernaum, which was Jesus' (Yahshua's) hometown during His ministry.


Matthew 4:13-17  "And leaving Nazareth, He came and dwelt in Capernaum, which is upon the sea coast, in the borders of Zabulon and Nephthalim: That it might be fulfilled which was spoken by Esaias the prophet, saying, The land of Zabulon, and the land of Nephthalim, by the way of the sea, beyond Jordan, Galilee of the Gentiles; The people which sat in darkness saw great light; and to them which sat in the region and shadow of death light is sprung up. From that time Jesus began to preach, and to say, Repent: for the kingdom of heaven is at hand."

Can you imagine what it would have been like to have Jesus Christ (Yahshua Messiah) living in your town? That would have been the most wonderful town to live in - in all the world! More miracles were done there. More Light of Truth shone there, because of His Presence, than anywhere else! No wonder the Bible says that Capernaum was blessed with "Great Light"!

Capernaum was the center of Jesus' (Yahshua’s) activities in the Galilee and His town during that time. It was also the home town of the apostles Peter, James, Andrew, and John, and the tax collector Matthew. As we read in our reading selection today, in Matthew 11:23, Christ said that Capernaum had been exalted unto Heaven!

No wonder Christ said that "Great Light" had been shined in Capernaum! What an incredibly blessed town it was! And yet, Capernaum didn't appreciate the gift of Light which Heaven so lavishly poured out upon it!


John 12:35-37  "Then Jesus said unto them, Yet a little while is the light with you. Walk while ye have the light, lest darkness come upon you: for he that walketh in darkness knoweth not whither he goeth. While ye have light, believe in the light, that ye may be the children of light. These things spake Jesus, and departed, and did hide Himself from them. But though He had done so many miracles before them, yet they believed not on Him."

The purpose for which God had so lavishly blessed them was resisted! What is the purpose of Light? It is given to bring the people to repentance and salvation. But in spite of all the Great Light it received, Capernaum and the surrounding towns did not repent:


Matthew 11:20-21 - "Then began He to upbraid the cities wherein most of His mighty works were done, because they repented not: Woe unto thee, Chorazin! woe unto thee, Bethsaida! For if the mighty works, which were done in you, had been done in Tyre and Sidon, they would have repented long ago in sackcloth and ashes."

Then Christ brings out another powerful point: on Judgment Day, we will all give an accounting of what we have done with the LIGHT we have been given!

Matthew 11:22-23  "But I say unto you, It shall be more tolerable for Tyre and Sidon at the Day of Judgment, than for you. And thou, Capernaum, which art exalted unto Heaven, shalt be brought down to hell: for if the mighty works, which have been done in thee, had been done in Sodom, it would have remained until this day." 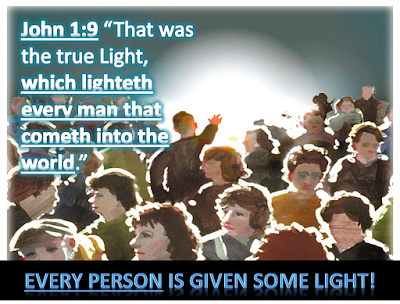 Every man, woman, and child on this planet is given some measure of Light, as Scripture tells us in John 1:9. Some are blessed with more Light than others, like the town of Capernaum. But all are accountable to God for what they have done with the level of enlightenment they have received from Him.

The question that will come to us all is this: What are YOU doing with the Light that God has given to you?

When I consider this question, I am moved to prayerfully respond, "Thank You, Father for the Light You have given to me. May I walk in it, always! May I honor and glorify You with it! 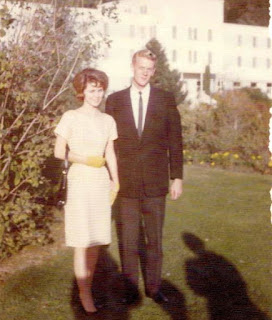 To make this more personal, I am going to share with you a picture of the level of Light which God has richly showered upon my life. As I do, I invite you to consider your own life. Think of how He has similarly showered His gift of Light upon your own life.

My parents were Lou and Danette Davis (pictured on the left standing in front of the dormitory at Andrew's University in Berrien Springs, MI, where my dad studied to become a Seventh-day Adventist pastor). They loved God and were deeply committed to His service. 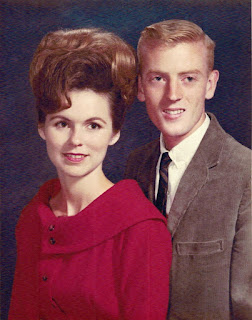 My mother taught at the Early Childhood Development Center at Andrew's University, earning the funds to put my father through ministerial school. My father also did colporteur work, sharing the Gospel door-to-door. 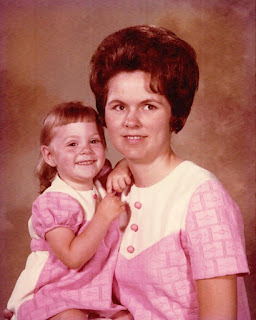 My earliest memories were of learning about Jesus. My parents taught me the Bible stories by reading to me and by giving me a well-loved and long-listened to set of The Bible in Living Sound records. I played them over and over again. I could do the voices of the actors retelling the wonderful stories. (On left is a picture of my mother holding me at about age 3).

My parents took me to church every Sabbath. If we weren't in church on Sabbath it was only because we were too sick to go. Thankfully, that didn't happen very often. I loved Sabbath School and Church. My mother made me special Sabbath activities. She had a small suitcase of quiet, Bible-related toys and books which only came out for use on Sabbath. I learned to love the Sabbath day, from a very young age. 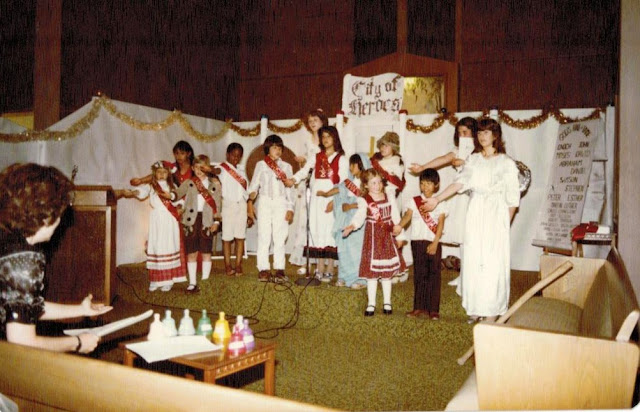 As I grew older, she taught me to prepare for Eternity with God. My mother would write church programs about Heaven "The City of Heroes" and involved me and the other church children in teaching the principles of Faith to others. (I am the oldest student in this picture- so I am the tallest one on the back row.) 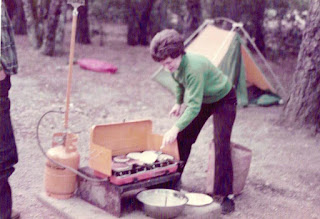 My parents ran a thriving youth program in every church they were a part of. We went camping, backpacking, and did campfire sings.

We used to go out into the forest and find little things (rocks, flowers, twigs, etc...) to illustrate Bible truths. We'd build small Bible-wisdom scenes and then share them with each other. We hiked and ate smores and played flashlight tag, too of course!

My growing up years were wonderful! And God was the center of it all. 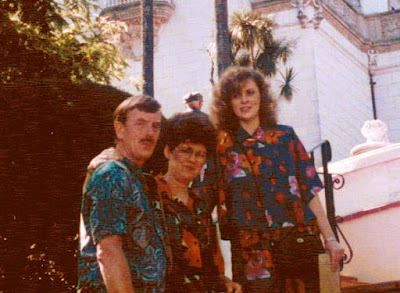 When I was ready to go off to college, my parents sent me to Christian Universities. I attended PUC, La Sierra, and Andrew's University. 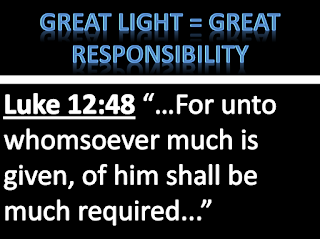 My life-long raising with God as my center has paid off. I want to live for God, giving my life in His service, and for His glory. This is my highest joy and the only way I know to respond appropriately to the huge investment of Light, with which God has blessed me.

The Gift of Great Light comes with great responsibility.

And what about you? What are you doing with blessing of Light which God has showered upon your life? You, like me, are very privileged! We are privileged to have God's Light shining upon our lives.

So, I ask you again, "What are doing with the gift of Light which God has shed upon you?" May it be that you are loving it, walking in it, and sharing it. For then, when God asks this question of you, He will be able to conclude with: "Well done, good and faithful servant!"