Today, I'd like to share a bit about the significance of Genesis 17:20, as it appears to be a future prophecy which may be fulfilled soon.

Genesis 17:20 is a promise and a prophesy which God made to Abraham concerning his first son, Ishmael. God is speaking to Abraham in this verse:

Genesis 17:20  "And as for Ishmael, I have heard thee: Behold, I have blessed him, and will make him fruitful, and will multiply him exceedingly; twelve princes shall he beget, and I will make him a great nation."

Before we look at the significance of the prophecy of 12 princes, let's first address the idea that these princes are the fruit of God's blessing on Abraham and Ishmael. God plainly states that He is the ultimate Authority. It is only by His allowance or grace that any earthly ruler may be established in power.

Romans 13:1  "Let every soul be subject unto the higher powers. For there is no power but of God: the powers that be are ordained of God."

God -and God Alone- can set up any power. However, this does not mean that all earthly rulers are good guys! Many earthly rulers let the power and position go to their heads. They do not acknowledge that the Almighty King of the Universe is the One Who granted them this position of leadership on earth.

Nebuchadnezzar, the worldly king of ancient Babylon, is a good example of this. He refused - at first - to recognize that God had put him into power. And it was only through God that he had any mental faculties or ability to lead. The fact that Nebuchadnezzar was put in power by God, although he did not acknowledge it and worshiped Babylonian false gods, is made plain in Scripture:

Jeremiah 43:10   "...Thus saith the LORD of hosts, the God of Israel; Behold, I will send and take Nebuchadrezzar the king of Babylon, my servant, and will set his throne upon these stones that I have hid; and he shall spread his royal pavilion over them."

We also see that it was God who set up Nebuchadnezzar through the vision of the prophet Daniel. In 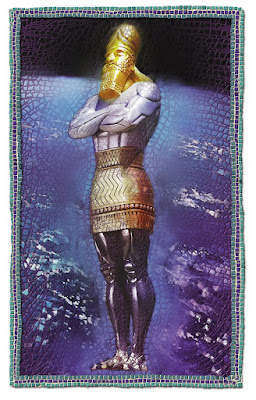 Daniel Chapter 2, we see a vision of an image, representing the earthly kingdoms who would rise to be globally dominant powers. Nebuchadnezzar, the leader of Babylon, is the golden head of this image, Daniel 2:38.

But, just because God sets up a king - or earthly power - doesn't mean that this king is a good guy who recognizes God and worships Him. Nebuchadnezzar was prideful, taking the credit to himself that he had "attained" so much. As a result, God humbled the proud king, taking away his ability to think and reason for a period of 7 years. During that 7 year period, Nebuchadnezzar lived like a beast in the field. He was totally insane. When God returned Nebuchadnezzar to his senses, the formerly proud king was forced to acknowledge the principle of Romans 13:1 (see above). Whether a leader recognizes God or not -honors Him or not- there is no earthly power set up unless God has given that person the power to rule.

So, with that background, let's return to our Ishmael prophecy in Genesis 17:20... God told Abraham that He would bless Ishmael and would set up 12 princes in his lineage. These 12 princes are known as "Imams" in Islam.

The word "Imam" in the Muslim religion means a divinely guided "leader". According to the Islamic belief, an Imam must be from the lineage of the Muslim prophet Muhammad. It is interesting to note, that since Muhammad, there have been exactly 11 Imams. 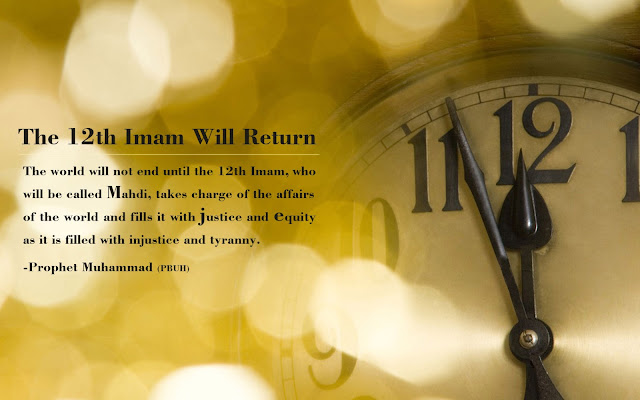 What is the 12th Imam? The 12th Imam is called the Mahdi - which is the Muslim word for Messiah. Notably also, the characteristics of the Muslim Mahdi (the 12th Imam) are strikingly similar to the Biblical Antichrist power!

The 12th Imam is soon to come, according to Muslim sources. Muslims await his arrival, expecting that he will reign over the whole world  - from Jerusalem.  And with all that backstory, I'd have to say Genesis 17:20 jumped out at me (gained my notice) from the reading today. Could the 12th Imam of Islam - the Muslim Mahdi (Messiah) be the 12th prince foretold in Genesis 17:20? And could it be that the Muslim Mahdi will also be the Biblical Antichrist? It gives one a lot to consider!

For more information on this topic, check out the feature article in our October-December, 2016 news magazine. Also, you may want to check out Joel Richardson's book, The Mideast Beast.