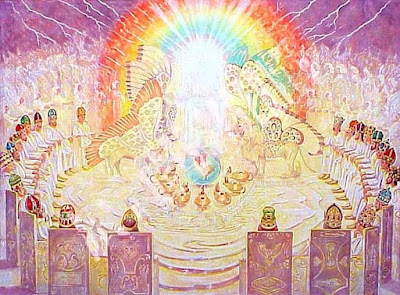 In Revelation 4, we read about the twenty-four elders that are around the Throne of Yahweh. Have you ever wondered who they are?

Many have speculated as to who these twenty-four elders are. But I believe they leaders from each of the 12 tribes of Israel (the twelve sons of Jacob) plus each of the 12 apostles. Let's take a look at the Scriptural evidence.

There are three strong clues as to their identity:


“Truly, I say to you, in the new world, when the Son of Man will sit on his glorious throne, you who have followed me will also sit on twelve thrones, judging the twelve tribes of Israel.”


So I believe that we have good reason to think that the twenty-four elders are formed by combining two groups: