There is an interesting verse found in Micah 6:16. This is gold mine of verse, containing tremendous amounts of spiritual truth. But these gems lie beneath the surface and require some study to discover them. Let's begin with verse in question:

Micah 6:16 "For the statutes of Omri are kept, and all the works of the house of Ahab, and ye walk in their counsels; that I should make thee a desolation, and the inhabitants thereof an hissing: therefore ye shall bear the reproach of My people."

What did the prophet Micah mean about the "statutes of Omri"? To answer this, let's begin with a quick refresher about who Omri was in Israel. 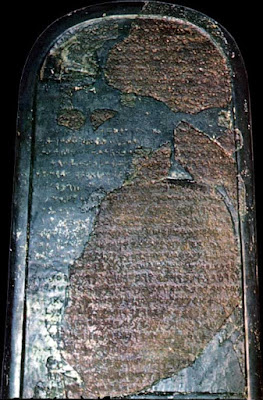 Omri reigned in Northern Israel for 12 years (circa 887-876 BC.) The historical details of his reign are found in 1 Kings 16:15-28; 20:34, the Moabite Stone, Assyrian inscriptions, and in the published accounts of excavations in Samaria. Omri is only mentioned briefly in the Old Testament, but he was one of the most important of the military kings of Northern Israel.

Omri lead many successful conquests, and took or founded several strategically important cities. For example, he conquered Tirzah, which was his first capital city. He also purchased the hill Shomeron of Shemer for two talents of silver, which is about $1,500,000 in current value. (One gram of silver costs about $38. At this price, a talent (33 kg) would be worth about $1.25 million.) The strategic hill of Shomeron rose about 400 ft. from the surrounding plain. Its top was expansive enough to offer room for a large city which was easy to defend, being so high above the plain. 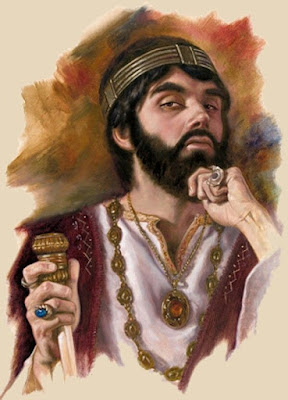 Omri’s strategic skill is demonstrated best from his choice of Samaria as the royal residence and capital of the Northern Kingdom. The superior strategic importance of Samaria is evidenced by the sieges it endured repeatedly by the Syrians and Assyrians.

Samaria was finally taken by Sargon in 722 BC, but even this defeat was slow in coming. It took a 3-year-long siege for Samaria to fall. That the Northern Kingdom endured as long as it did was due largely to the strength of its capital. With the fall of Samaria, the nation fell.

Recent excavations in Samaria under the direction of Harvard University throw new light upon the ancient capital of Israel. Massive foundation walls of a large building, were uncovered including a stairway that is 80 feet wide. This Roman building, is thought to have been a temple built by Herod. In ancient times, cities kept building up over the ruins of older structures. Under the upper building archaeologists discovered a massive Hebrew structure, which is believed to have been the palace of Omri and Ahab (who was Omri's son).

But a handful of military victories and strategically appointed cities is not enough to recommend Omri. Omri is justly known as an evil king who failed to provide Israel with godly, spiritual leadership. Omri was a follower of the evil ways of Jeroboam (1 King 16). He legitimized the statutes of Baal worship, which his wicked son, Ahab, carried on after him.

What were the Baal-worshiping statutes of Omri? Matt Barber, in his online article titled "Today's Baal Worshipers" not only explains the unholy "statutes" which Omri practiced (as a Baal worshiper), but also he gives a sobering picture of how the statutes of Omri are still being practiced today:

The natural consequences of such behavior – pregnancy and childbirth – and the associated financial burdens of “unplanned parenthood” were easily offset. One could either choose to engage in homosexual conduct or – with child sacrifice available on demand – could simply take part in another fertility ceremony to “terminate” the unwanted child.

Modern liberalism deviates little from its ancient predecessor. While its macabre rituals have been sanitized with flowery and euphemistic terms of art, its core tenets and practices remain eerily similar. The worship of “fertility” has been replaced with worship of “reproductive freedom” or “choice.” Child sacrifice via burnt offering has been updated, ever so slightly, to become child sacrifice by way of abortion.

The ritualistic promotion, practice and celebration of both heterosexual and homosexual immorality and promiscuity have been carefully whitewashed – yet wholeheartedly embraced – by the cults of radical feminism, militant “gay rights” and “comprehensive sex education.” And, the pantheistic worship of “mother earth” has been substituted – in name only – for radical environmentalism (worldnetdaily.com).

Similarly to the way things are today, these wicked kings made evil, Baal-worshiping practices appear "righteous". They even replaced Yahweh's holy days with pagan festivals, and then had the audacity to claim that they were honoring Yahweh! (Not much has changed - Ecclesiastes 1:9) For example, consider the blasphemous precident established by Jeroboam (after whose example Omri followed):

“He instituted a feast on the 15th day of the 8th month, like the feasts in Judah” (1 Kings 12:32). What? Jeroboam actually stopped keeping Yahweh's Feasts, put in place his own (with pagan overtones) and claimed that in so doing he was worshiping God?! Yes. That's exactly what happened! And Yahweh considered his false feasts to be an "abomination". But before we mentally think Jeroboam ridiculous, consider that Christians today have done the same! What is Christmas, if not a pagan festival put in place (by man) of the true festivals of Yahweh - all the while claiming that keeping it honors Yahweh? Let's keep the perspective. For as Solomon said, there is nothing new under the sun. Truly, there is a wealth of wisdom in this study, if we will take the time to look. 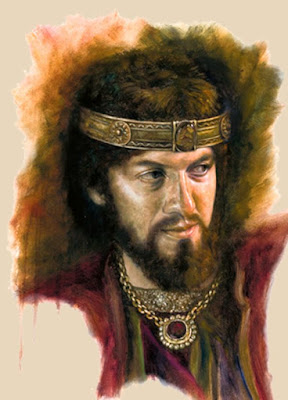 Jeroboam, Omri, and Ahab also assigned their own priests, did false worship programs, and led Israel down a "primrose-lined" path to hell. And sadly, Israel followed their kings down an abominable path of mixing the sacred with the profane. This is quite the opposite of what Yahweh expects His people and His righteous leaders to do:


Ezekiel 44:23  "And they shall teach My people the difference between the holy and profane, and cause them to discern between the unclean and the clean."

When Israel committed these abominations, Micah judged them, saying, “You have followed Omri’s and Ahab’s traditions.” When this happens God begins “to destroy you, to ruin you because of your sins,” (Mic. 6). As Micah explained, some of the devastating judgments include:
These are tragic judgments which the prophet Micah warns will fall upon all who follow in the statutes of Omri. But in the same chapter, Micah also tells us the antidote for this paganized "Christianity" sickness:

Micah 6:8 "He hath shewed thee, O man, what is good; and what doth Yahweh require of thee, but to do justly (obedience to Yahweh's Will and Ways), and to love mercy, and to walk humbly with thy God?"