In Mark chapter 1, we read of the powerful life and ministry of our Saviour. The things we read about in this chapter took place in the town of Capernaum. Yahshua made Capernaum His hometown, when He was a man.

What would it be like to have Yahshua living in your town? The demons would be cast out. The sick would be healed. And the truth from the Word of God would be preached with power and clarity. Wow! I want to go to church where Yahshua is the preacher! Don't you? I want to live in the town where Yahshua resides! What about you?

I recently gave about Capernaum...  Great light shone in that town. And with great light comes great responsibility.
The presentation is called "To Him Whom Much is Given". 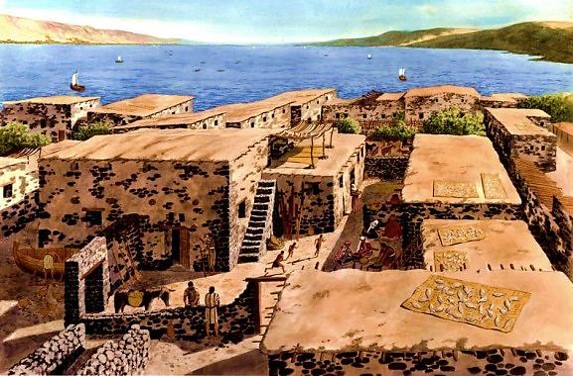 Capernaum was the center of Yahshua’ activities in the Galilee and His town during that time. It was also the home town of the apostles Peter, James, Andrew and John, and the tax collector Matthew.

In Matthew 11:23, Yahshua said that Capernaum had been exalted unto Heaven!

Matthew 8:5-16  “And when Yahshua was entered into Capernaum, there came unto Him a centurion, beseeching Him… And Yahshua said unto the centurion, Go thy way; and as thou hast believed, so be it done unto thee. And his servant was healed in the selfsame hour. And when Yahshua was come into Peter's house, He saw his wife's mother laid, and sick of a fever. And He touched her hand, and the fever left her: and she arose, and ministered unto them. When the even was come, they brought unto Him many that were possessed with devils: and He cast out the spirits with His Word, and healed all that were sick."

Because Yahshua lived in Capernaum, the Bible speaks of how greatly the townfolk were blessed:

Matthew 4:16 “…The people which sat in darkness saw great light…”

What kind of great light are we talking about here? Scripture tells us that the majority of our Saviour's miracles were performed in Capernaum or the nearby region. The following is a list of all the miracles which were performed by Messiah in this town:


-Yahshua raised to life the daughter of Jairus in this town.


-Yahshua healed two blind men, and cast out a spirit who caused muteness at Capernaum (Matthew 9:27-34).


-He performed the miracle of the tribute money in the fish’s mouth in Capernaum (Matthew 17:24-27)

Yes, indeed GREAT LIGHT shone in the town of Capernaum. Never had any city on earth been so blessed as this town! But after all that blessing, Capernaum did not love God. They rejected Messiah!

John 12:35  "Then Yahshua said unto them, Yet a little while is the light with you. Walk while ye have the light, lest darkness come upon you: for he that walketh in darkness knoweth not whither he goeth. While ye have light, believe in the light, that ye may be the children of light. These things spake Yahshua, and departed, and did hide Himself from them.  But though He had done so many miracles before them, yet they believed not on Him."


In spite of all Heaven had done for them, the people of Capernaum did not repent! How shocking is this? Seriously! Yahshua Himself said that even wicked Tyre and Sidon and Sodom would have repented had those cities been given all the blessings which were given to Capernaum! Sodom and Tyre were all judged. But the judgment of Capernaum was to be worse than any of those prior cities, so infamous for their great wickedness.

The single greatest blessing Yahweh can bestow upon anyone is the gift of Light. So, the question comes down to each of us for our prayerful considering: "What are you doing with the Light that God has blessed you with?" 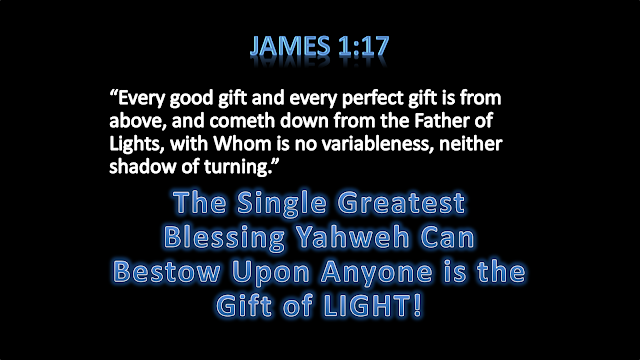