Today, I'd like to focus on a few verses from the end of our reading in Ecclesiastes. In Ecclesiastes 12:9-14, we read about a "preacher" who is "wise" and teaches "knowledge", "truth", "proverbs" (words of wisdom) and "acceptable words" to the people:


"And moreover, because the preacher was wise, he still taught the people knowledge; yea, he gave good heed, and sought out, and set in order many proverbs. The preacher sought to find out acceptable words: and that which was written was upright, even words of truth. The words of the wise are as goads, and as nails fastened by the masters of assemblies, which are given from one shepherd. And further, by these, my son, be admonished: of making many books there is no end; and much study is a weariness of the flesh. Let us hear the conclusion of the whole matter: Fear God, and keep His Commandments: for this is the whole duty of man. For God shall bring every work into judgment, with every secret thing, whether it be good, or whether it be evil."

The description given in this passage of Ecclesiastes is "wise counseling", as described in Proverbs 1:5: 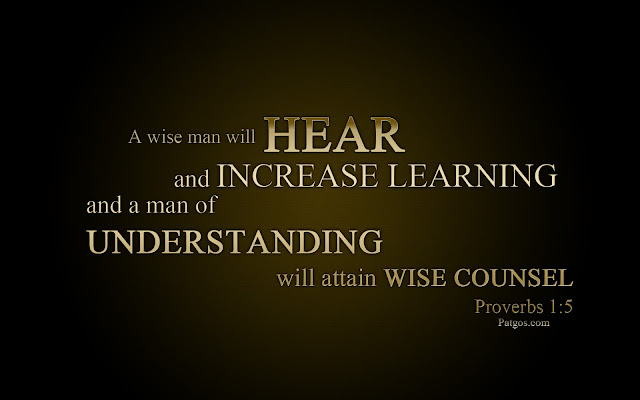 Counseling. It's a word which conjures up mental images of troubled people laying on on therapy couches telling their woes to white-coated doctors; who peer at them from behind thick glasses and periodically say things like, "I see. And how does that make you feel?" Not only does this counseling scenario sound imposing - even scary - it also makes counseling seem like a job best left to the professionals! But that's not how God means for things to work. Every Christian is called into ministry, simply by virtue of belonging to Christ. There are no "wall-flowers" in the cause of God. If you belong to Him, you will have times when you must do all you can to salve a hurting heart or comfort a person in crisis. Knowing that, there are some powerful realities about Christian counseling which, if understood, will not only make your next ministry opportunity more effective, you may even be able to help a hurting person find complete healing, in Christ!

With this incredible goal (which is truly attainable) in mind, let us address the following question from a fresh, heavenly perspective: "What is Counseling?" There are three
powerful characteristics of true counseling, which, if prayerfully used, will change a person's life, helping them find true freedom in Christ and in Truth: 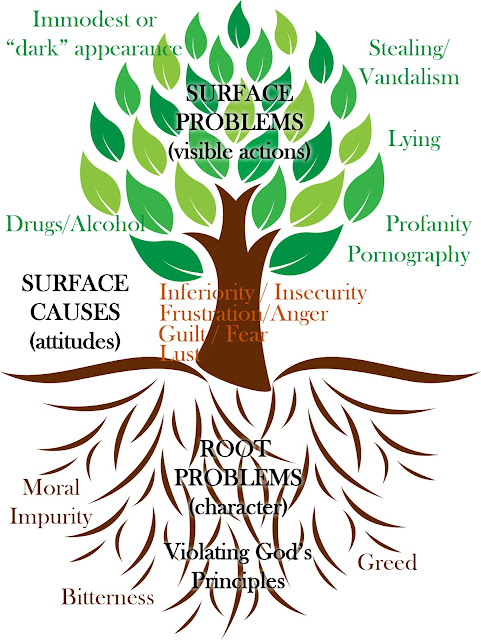 1) Counseling is helping another person go beyond his/her own perspective to see a problem or circumstance from God's point of view.

For Example: A young woman was getting special training away form home at the direction of her parents, and she received a weekly phone call from her mother. Each phone call began with pleasant conversation but soon involved differences of opinion, which always seemed to result in arguments. The daughter concluded that these phone calls were detrimental, painful and wished she did not have to speak on the phone to her mother anymore.


The Christian who counseled her simply said, "Have you ever stopped to consider that you are able to grow spiritually all week long, then at the end of the week, God gives you a 'final exam' on what you have learned in spiritual maturity?" Stunned, she replied, "I never saw it that way. Now I will look forward to my mother's calls, and pray that I will pass these 'tests'."


If we see our problems or circumstances from our point of view, we will tend to become discouraged, frustrated, impatient, angry, proud, jealous, greedy, or embittered. However, if we can come to see these same situations from God's Perspective, we will become grateful, encouraged, patient, content, joyful, generous, loving, kind and wise.

2) Counseling is guiding a person to be able to distinguish between his/her own natural inclinations and the principles of God's Word (which are most often opposites).

God warns that "there is a way which seemeth right unto a man, but the end thereof are the ways of death," (Proverbs 14:12). The ways that seem right to us are usually opposite to the ways of God. When these seemingly right ways are followed, they bring about destructive consequences.

For Example: A father became angry with his son for his failure to complete the chores which were assigned to him. The father's natural inclination was to call in the son and firmly rebuke him for not fulfilling his responsibilities. Complaining to a Christian friend, the father was gently reminded to pray first, before speaking to his son. The friend reminded the unhappy father that our natural inclinations are probably opposite to God's Ways. The father prayed and then asked himself, "What is the opposite of rebuking my son?"


The answer was "praising him." But the father mentally countered this thought with, "What has my son done that is worthy of praise?" As he considered the matter, God gently brought to his mind several things that his son had recently done which he had never recognized, affirmed, or rewarded. With a new attitude, the father called his son to him and expressed how much he appreciated having him as a his son. Then he explained how pleased he was with the things he had observed the son doing over the previous weeks.


At first, the son was shocked. His father had never given him praise without accompanying blame. Consequently the son concluded that he could never do anything that would please his father. With this unexpected encouragement, the son went out and began working on the unfinished projects his father had assigned to him. This, in turn, gave the father further reason to praise him.

3) Counseling is helping another person trace his surface problems to root problems and causes.

Surface problems are visible actions that are destructive or unacceptable. But actually, these visible problems aren't the real issue. They result from wrong attitudes such as jealousy, insecurity, anger, lust, etc. Negative attitudes, in turn, spring from root problems, such as: bitterness, greed, and moral impurity. Root problems begin with violations of Biblical principles.

For Example: A woman began having serious marital problems, which ultimately resulted in divorce. Her husband left her with several children to raise - alone. Before long, the children began to rebel against her authority. At this point, she sought help from others on how to solve her discipline problems with her children. But nothing seemed to work.


Finally, a Christian friend asked the woman whether she had married with her parents' blessing and whether she had been respectful or rebellious to her own parents. Wondering what this question had to do with anything, the woman replied that "no," she hadn't been respectful of her parents. In fact she had been quite rebellious against their authority as a teenager. And, when she had chosen to get married to the man of her choice, it had been against her parents' counsel and without their blessing.


The Christian counselor then explained from Scripture how her rejection of the authority of her parents in her youth was directly related to her present problems. Her husband and children were simply reacting to her strong will, which had never been curbed from childhood into adulthood. This cause-and-effect sequence is emphasized in the Fifth Commandment, and again in Ephesians 6:1-2: "Honor your father and mother, which is the first Commandment with promise; that it may be well with you, and that you may live long on the earth."


The opposite of this promise is also true. If we fail to honor our parents during our youth, things will not go well with us. Our children will tend to reflect our own weaknesses, carrying them on into the next generation.

Scripture is filled with cause-and-effect sequences. The more we understand them, the wiser we will be in helping others identify the root causes of their problems. The more effectively we can identify the root issues, the more effective we will be at finding lasting healing rather than simply getting temporary relief.
In helping others to see things from a godly perspective, we are ultimately helping them to remember Solomon's conclusion of the whole matter:
Let us hear the conclusion of the whole matter: Fear God, and keep His Commandments: for this is the whole duty of man.