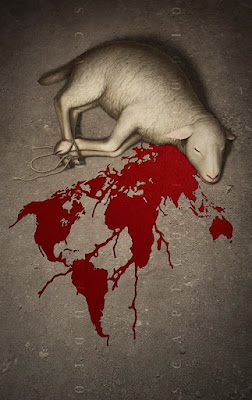 Today I'm going to look at the animal sacrifices that used to be performed in the Sanctuary. If you're anything like I used to be, you probably start reading about the animal sacrifices in Leviticus and just kind of shut down. You plod ahead, reading more out of obligation - so that you can truly read the whole Bible in year - than out of interest. But actually, when you start to see the spiritual significance in the animal sacrifices, you may find that even the sacrificial details of Leviticus start to take on new meaning and dimension - far more than is immediately obvious.

There is no question that animal sacrifices all pointed to Yahshua’s death. And now that He has died, animals are no longer sacrificed. To show plainly that the system of sacrificing animals was provided as a temporary thing, meant to last only until the Real Lamb died, let’s look at Hebrews 10:1-10. But, there is still meaning in the sacrifices that has purpose and value to us today.

Besides the morning and evening offerings, typically presented each day in the Sanctuary, a large number of sacrifices were offered during the eight days of Tabernacles. You can find the list of animals sacrificed in Numbers 29. I am going to focus on the animals offered during the Feast of Tabernacles because these are the same animals offered at other times - so the message will carry over - and because the Feast of Tabernacles was known as the Feast of the Nations. In other words, this Feast bears a Message that transcends nationality. It is about God's Plan of Redemption offered to the whole world. 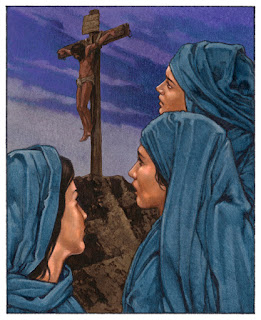 The basic concept of sacrifices is pretty obvious and well-known in Christianity. The animal sacrifices, requiring a shedding of blood, pointed to our Saviour’s ultimate Sacrifice. As John said, Yahshua was the "Lamb of God", that takes away the sin of the world.

In the Sanctuary, every morning and evening a lamb was offered for the whole camp of Israel. This lamb represented Christ. The reason the lamb was automatically offered is that we humans often step outside of the Will of God without even recognizing that we have done so. When the Children of Israel sinned, knowingly, the father of the household was to bring a lamb to the Sanctuary, confess the sin (whether done by himself, his wife, or his children) and offer the lamb - with the help of a priest - on behalf of himself and/or his family. But one cannot confess a sin one isn't aware of committing. We are often so spiritually blind that we are unaware of the depths of our own need. So, the morning and evening lambs were offered to cleanse the congregation of even the sins they unknowingly had committed. In this way, everyone started and ended the day spiritually clean.

Certainly this applies to us. It should also be our policy to claim the Blood of Yahshua over our lives and families every morning and evening. Like the Children of Israel, we are to confess and repent of all known sin. But by claiming Christ's Sacrifice on behalf of our unknown sins at our morning and evening devotional times, we are fully cleansed, as God intends.

In the Sanctuary, immediately following the offering of the morning and evening lamb, a meal and a drink offering were given. These offerings represent us. The meal and drink offerings pointed to our thankful response to Christ's sacrifice. As the meal offering was consumed, and the drink offering was poured out, so we are to be totally surrendered to God.  As Paul said, present your bodies a living sacrifice -Romans 12:1.

But there were many other animals sacrificed, besides lambs and sheep. Each animal offered depicts a different role or aspect of Messiah's Redemptive Work. Even the quantity of the animals offered has a powerful message - because Hebrew letters double as Hebrew numbers. So even the number of animals sacrificed is a redemptive sermon, as we will see.

More sacrifices were offered during the eight-day Feast of Tabernacles than all other festivals combined. During thedays of this feast, there were a total of 189 animals offered. Obviously, if the message in these sacrifices was only and simply that Yahshua would die, there would be no point to this volume nor in such a diversity of kinds of animals sacrificed. There must be more meaning. And there IS!

It was made of acacia wood – which is flammable. In our mortal state, the Presence of God is a consuming Fire which we could not endure (Hebrews 12:29).

The altar is covered with brass, making it no longer flammable. We must be hidden in Christ to become inflammable on Judgment Day. 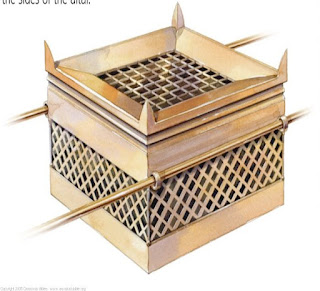 The altar was elevated signifying that it was approaching God.

The Fire which lit the altar had fallen from Heaven – coming directly from God. We will have the "dross" burned out of us now, with the Refining Fire to which God submits each of His children at one time or another, in the process of refining our characters.

Nothing about the sacrifices was simply meaningless. Every aspect of everything which God instructed Moses to build or do in the Sanctuary had great meaning - with a message that still blesses and applies to us even today.  Having looked at the meaning of the altar, now let's turn our attention to the number of animals which were sacrificed: 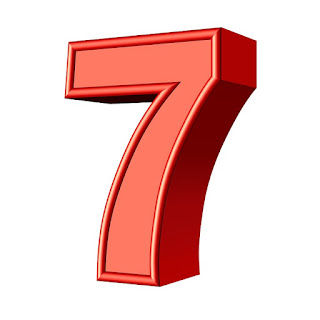 SEVEN - First we find a beautiful pattern of sevens in the sacrifices. Seven is the number of God’s perfection.

No matter how the list of sacrifices are counted, the number is always divisible by 7. There were a total of:

And all these offerings were presented in the SEVENTH month.

Not only does this remind us of the perfection of our Saviour (for seven is the Hebrew number of perfection), it also is a beautiful reminder of the perfection God will create in His people as He makes them fit Tabernacles for His Spirit. The word "perfect" means "complete" and "fully furnished" or "fully equipped".

Matthew 5:48  "Be ye therefore perfect, even as your Father which is in Heaven is Perfect."

1 Kings 11:4  "For it came to pass, when Solomon was old, that his wives turned away his heart after other gods: and his heart was not perfect with the LORD his God, as was the heart of David his father." 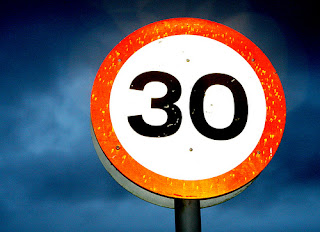 THIRTY - The next number which appears in the sacrifices is 30. On the first day of the Feast of Tabernacles, 30 animals were sacrificed. Thirty is a significant number in Scripture. In Exodus 21:32, we find that 30 pieces of silver is the ransom price of a slave.

Messiah was also sold for 30 pieces of silver. In essence, the Son of God –the most "expensive" gift in the universe - was given, freely, as a ransom for His servant-bride.

In Hebrew gematria, the number 30 means "to teach" and "to learn". These skills are both needed by Christ’s Bride.

Now let's turn our attention to the types of animals which were offered, each of which depicts a different role of Messiah. We'll add this message to the meaning of the number of that they of animal which was offered.

70 BULLOCKS - The bull was the most expensive animal to offer as a sacrifice. Bullocks were needed to plow fields. When the Children of Israel journeyed through the wilderness, a family's travels were eased if they were able to harness a bullock to a cart to pull their heavy belongings, instead of having to carry them. A bullock was valuable. It's value was measured in its great strength, in all it was able to do for its owner, and in how much its loss would be felt by the family. Giving a bullock hurt. 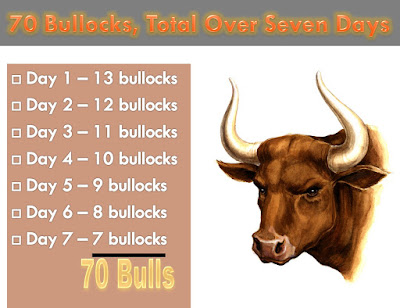 On Tabernacles there were a total of 70 bullocks offered. This showed that the sacrifice of Jesus Christ (Yahshua Messiah) was the most valuable Heaven had to offer.

But, why 70 bulls? That is an extravagant amount to give of such a valuable animal!

Spiritually, all who accept Christ as their Saviour become Abraham’s seed and heirs according to the promise, as it says in Galatians 3:29. If we are Abraham’s seed, then we are spiritually considered to be of the loins of Jacob.

In Exodus1:1-5 The Bible tells us that all the souls which came from the loins of Jacob were 70... Thus, we see that 70 was the number to show that the Redemptive Work of God was great enough to save all of Jacob's descendants. But the meaning of 70 doesn't stop there. Salvation isn't only for the "Jews". Scripture also tells us that God divided the world into 70 nations after the flood and the tower of Babel. Thus, the offer of 70 bulls showed that Christ’s Sacrifice would be enough to save ALL the nations if they would only come to Him. 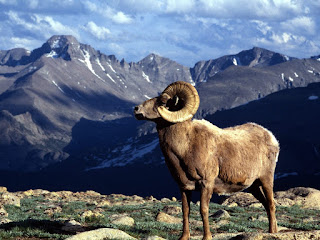 This sacrifice points to God Himself, Who is the Guardian and Protector of the "flock" (the people of God). As Abraham said in Genesis 22:7-13,

“God will provide Himself a Ram…”

In the Wilderness, the Children of Israel used horns as musical instruments and to sound out marching or battle instructions. The ram's horn was used for these purposes. It was called a shofar. The shofar was made from the horns of the ram – proclaiming the "horn of salvation,” as is portrayed in Genesis 22:13. The sound of the shofar was a call to repentance, to do battle against the Enemy, or to assemble to be instructed. This offers more layers of meaning to the ram sacrifices.

A Ram was also sacrificed for a peace offering, as it says in Numbers 6:17. It is the promise,

Now what is the significance of 2 rams being offered at the Feast of Tabernacles? – Remember, a ram means "mighty men" "righteous" – the offering of two rams points to the Two Witnesses.

Two Witnesses have many applications, but first and foremost, this points to the two Witnesses from Heaven: 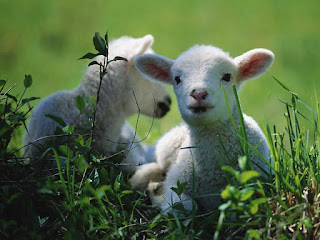 14 and 98 LAMBS - There were 14 lambs offered on seven days, making a total of 98 lambs offered during Tabernacles (see Numbers 29:13). 98 is the number value of “Tabernacle”.  In Hebrew gematria, 98 means “The righteousness of saints, to search for insights of the Lord,” Finally, the number 98, literally means to “pardon.”

The lamb as an offering pointed to our Saviour’s purity and innocence. It also meant that we could be fully pardoned because of His Death in our place. But the meaning doesn't stop with us being "pardoned" only. 98 also points to Tabernacle. God would Tabernacle with and in us. 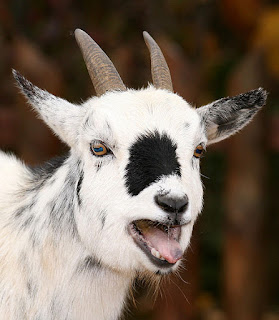 1 KID GOAT - Last, let’s talk about the single kid goat sacrificed during Tabernacles. As we can see plainly in the Day of Atonement, the goat is a representation of sin and Satan. The word “goat” is translated from the Hebrew word sa iyr meaning “hairy, devils, satyrs.” To this day, Satan uses the goat to represent himself (consider the satanic goat head symbol, etc).

So, if the goat is a symbol of rebellion and sin, how can such an animal depict a role of our Messiah? The goat  points to the One who would come in the likeness of sinful flesh to condemn sin for us as it says in Romans 8:3.  Then again in 2 Corinthians 5:21, we find that Jesus (Yahshua) was made to be sin for us.

The Hebrew number value for the word goat is 580 (Remember that Hebrew letters also serve as numbers). This means “your curse and rebellion.”

This brings to mind the beautiful promises in Galatians 3:13, where we find that Messiah hung on the Cross taking our curses from us.

Having looked at the Heavenly Message behind these animal sacrifices, I no longer blankly read over the Bible chapters on the sacrifices. There is meaning - beautiful meaning - to be found here. And I encourage and challenge you to find the personal Message of what your Saviour has done for you in every sacrificial passage that you read.  God is good!
at March 02, 2017 No comments: