One of the most powerful and personal portrayals of our Saviour is given in Matthew 18,  where He is depicted as our Good Shepherd: 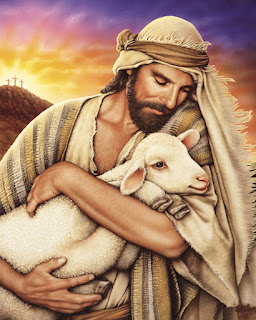 Matthew 18:11-13 "For the Son of man is come to save that which was lost. How think ye? If a man have an hundred sheep, and one of them be gone astray, doth he not leave the ninety and nine, and goeth into the mountains, and seeketh that which is gone astray? And if so be that he find it, verily I say unto you, he rejoiceth more of that sheep, than of the ninety and nine which went not astray."

Yahshua is our tender Shepherd. He loves and seeks each one of us. He does not rest until you are safely within His fold...

Where are you now, friend? Are you safe in the shelter of Salvation's Fold, or have you wandered out into the dangerous "mountains of sin"? Today, as we consider the Matthew 18 view of Christ as our Good Shepherd, I pray you'll take this message personally. In His Eyes, you are the precious lamb that is of such value to Him that He would come for you, no matter the personal cost. In fact, He did come for you...


Remember the words of the well-known hymn, the Ninety and Nine? It is a personal message depicting God's great Love for everyone. The words of this powerful hymn came from a poem written by Elizabeth Clephane.  This poem, "The Ninety and Nine" was published in a British newspaper in the late 1800s.  It didn't make the front page. In fact, it appeared in the corner of one of the inside pages.  It might have been forgotten or unnoticed had it not been for Dwight L. Moody, the evangelist, and his song leader, Ira Sankey. Moody and Sankey were in Scotland for a series of evangelistic meetings, when Sankey noticed the poem, cut it out, and stuck it in his pocket. 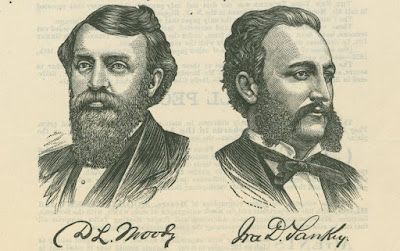 At Edinburgh, which was the next stop in their evangelistic crusade schedule, Moody preached a sermon entitled, “The Good Shepherd”. At the end, he asked Ira Sankey to close with a hymn.  Trying to come up with something fitting to the topic, Sankey couldn’t think of anything appropriate that he knew. Suddenly, the inspiration of the Spirit, he remembered the poem resting in his pocket.  He pulled it out and began to sing—making up the tune as he went along.

The poem has five lengthy verses.  When Sankey finished the first verse, he wondered if he could remember his hastily improvised tune so that he might finish the last four verses.  However, as he continued to sing, the tune came more naturally (isn't God good!?) with each succeeding verse. It was positively inspired, both in message and in music.

It is a timeless message that is still as true today as it was when Sankey first sang it so long ago. I invite you to listen to it now through playing the video link on the right.

Many an evangelist has told the old story of Yahshua (Jesus) as our Good Shepherd, seeking His lost sheep. Many have given their lives to Christ upon hearing it, recognizing that they were the lost sheep He was seeking. One such was Clarence Macartney. Elder Macartney was a prominent conservative Presbyterian pastor in Philadelphia & Pittsburgh during the early part of the 20th Century.

In tandem with his teaching on the Good Shepherd, Macartney gave a powerful list of the Bible's most notable words. The following seven were Macartney's "greatest" words from the Bible:
In one of Macartney's most powerful sermons, he told the story of a Scottish shepherd and his daughter, using the story to illustrate Christ's Redemptive Work in our own lives. This is how it goes:


In one of the Highlands villages, there was a shepherd with a little daughter. He
would take her out to the field with him to take care of his sheep. His daughter loved
to hear her father’s call to his sheep with his unique shepherd’s call. The call went
out down the hills and over the lazy slopes of the Highlands. The sheep heard him
and came to him.

Time passed by, she became a beautiful young woman and went off to the big city.
At first, her letters came every week regularly. Then the intervals grew longer and
eventually stopped altogether. Through grapevines, the shepherd heard that his
daughter had been seen with questionable people in not-so-good places. Some
people from the village saw her in the city and tried to speak to her, but she ignored
them and brushed them off.

So the loving father gathered a few belongings and left the village to look for his
daughter in the city in his usual shepherd clothing with his shepherd staff.
Day after day, he looked for her in the big city, but he couldn’t find her anywhere. At
the near edge of the slum area of the city, he remembered how much his daughter
used to love to hear his shepherd’s call.

Sounding loud and free, he let out his shepherd’s call as he walked along the slum
area. The people on the streets and nearby houses saw this shepherd with astonish-
ment who was making calls up and down the street.

In a house of the degraded portion in the area, his daughter was sitting with bad
companions and heard her father’s familiar shepherd’s call. Even though it was a
complete surprise, there was no doubt about it. Flinging a door wide open, she
rushed out to the street to the open arms of her father. He lovingly took her from her life of bondage, brought her to their Highlands home, and loved her back to decency and healing.

This video shows a Swedish herding call (although the girl demonstrating it is calling cows). It is probably similar to what the Scottish father would have used to call his sheep - and his daughter.

In closing, I'd like to leave you with the words of the hymn and a reminder of the Saviour's Message...

There Were Ninety and Nine

Where are you today, friend? Are you safely in the Fold because the Saviour has lovingly sought and found you already? Or are you in the devil's clutches outside of Salvation, far from Home, and Safety? If you have strayed from God, of this there is no question, the Saviour is calling to you. He loves you and is seeking to save you today. Won't you hear His Call and come Home?
at March 18, 2017 No comments: