Continuing with day three on Christmas and its traditions, today we will look at the origins of Santa Claus, or "saint Nick" as he is sometimes called. Where did the Santa tradition come from? 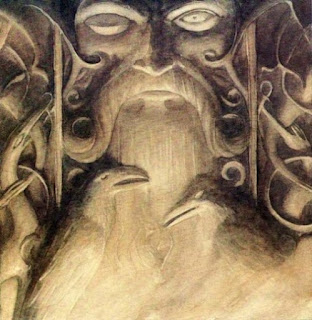 In pre-Christian Scandinavia, Nimrod was called Odin (who was called Nimrod in ancient Babylon), whose son was Yule (Tammuz).  During the Norsemen’s December celebrations of Yuletide (Yule's birthday - remember Tammuz was born on December 25?), the Yule log – which happened to be another phallic symbol – was burned in a huge bon fire for 12 days.


During these twelve days of Yuletide, animals and humans were sacrificed on the Yule fire as an offering to Odin and his unholy son, Yule. It is these sacrifices that are remembered 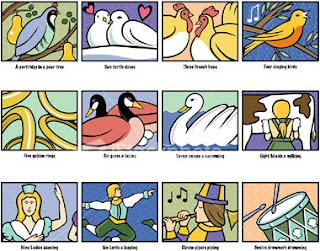 (with a few modern adaptations) in the well-known Christmas carol, “The Twelve Days of Christmas.”

The Norsemen developed the tradition of placing a flame in the window of their homes throughout the season of Yuletide. This flame proclaimed their loyalty to Odin and Yule for all to see. By lighting this flame every night throughout this season, the occupants of the home demonstrated that they were keeping the spirit of Yule in their home. 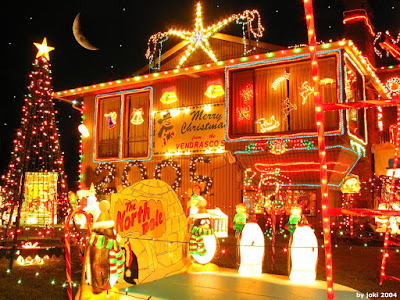 The more candles, or later oil lamps, were displayed in a home, the more fervently did they proclaim their worship and loyalty to Yule. This pagan practice is the reason why we have Christmas lights on homes to this day.

Another Christmas tradition is the hanging of mistletoe.  Where did the idea of a young woman having to give a young man a kiss if under mistletoe come from?

of the black arts taught that placing mistletoe where a normally virtuous woman would pass under it would render her helpless and open to sexual exploitation.

The tradition of decking the halls with boughs of holly is another pagan practice which hales from pre-Christian druidic witchcraft.

Holly was believed to possess the mystical power to ward off evil spirits.  Its protective capabilities were said to be strengthened when the holly was fashioned into a sun-shaped ring. Anciently, these wreaths were worn on one’s head, and hung about the home.

And that brings us to Santa himself...
Who is Santa Claus, the jolly old elf with supposed god-like qualities? Actually the myth of Santa is a joining of many pagan teachings from several countries. 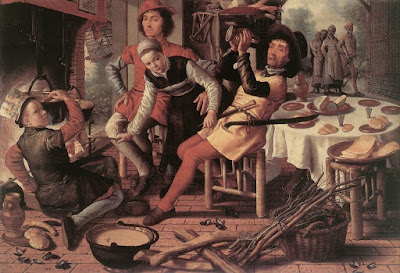 Many believed in the stories of hearth gods who would bless your house with warmth and well-cooked food by coming down the chimney once a year dressed in red suits. 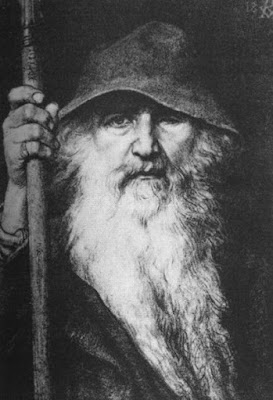 But the hearth gods were more like dwarves in height.  Santa’s own height and bearded appearance came from Odin, of the pre-Christian Norsemen.

Odin, the Norse supreme god, was believed to wander throughout the land during the time of the winter solstice. This was not a happy occasion for the pagan believers however, as Odin’s presence meant possible death.  The Norsemen believed it was up to Odin to determine which persons would prosper and which would die during this terrifying time.

Another ingredient dumped into the Santa composite is the myth of Father Christmas.

Father Christmas, known in some places as Saint Nicholas, was said to have captured and enslaved the devil himself. Thus, Father Christmas traveled the land accompanied by his devilish familiar in the shape of a black goat, called Knecht 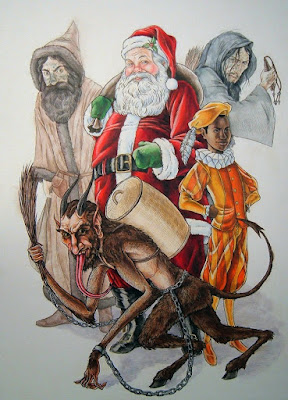 Father Christmas would travel from house to house during the winter solstice asking the children to repeat a verse or do some other task he asked. If Father Christmas was not satisfied with the goodness of the child, by their ability to comply, he would turn them over to Knecht Ruprecht to be taken (if they were really bad), or given switches for if they were deemed only a bit bad.  Nineteenth century writer, Theodore Storm, wrote in some detail how children were to use these switches given by Knecht Ruprecht in sadomasochistic practices. 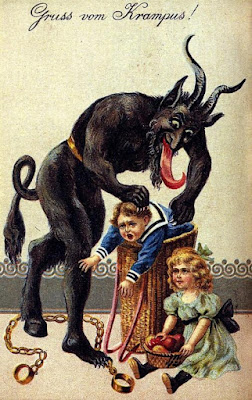 If the child had been good, Ruprecht would drop candy and small gifts into the children’s shoes – set out by the fireplace for this purpose. It is this pagan belief
that is behind the tradition of hanging Christmas stockings to this day.

To smooth over the demonic truth about the myth of St. Nicholas and Knect Ruprecht (pictured on the right) this legend came to be directly associated with the Christ child. This was nothing short of blasphemous. 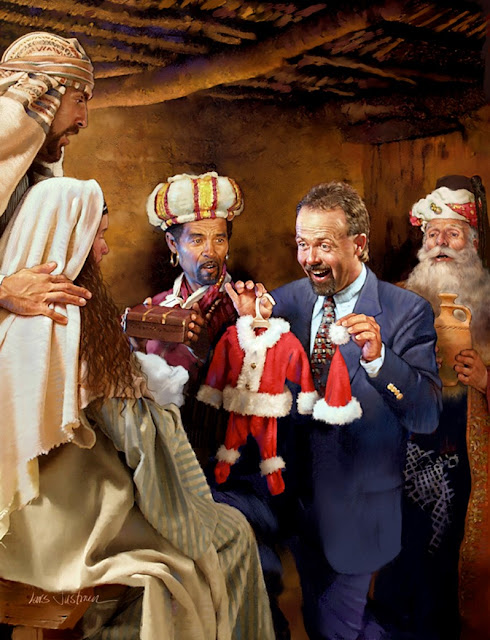 In Germany, St. Nicholas was also known as Weihnactsmann, which is translated as Santa Claus. 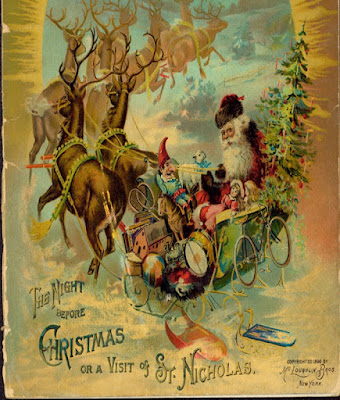 Because the shape of Knecht Ruprect was obviously like the well-known demonic goat, those attempting to Christianize this pagan teaching knew that St. Nicholas’ famous familiar needed to be disguised a bit if Christians were going to be tempted to join the festivities.

In about 1819, an Episcopalian minister Clement Clarke Moore, wrote a decidedly secular tale originally titled A Visit from Saint Nicholas.  The poem later came to be known as The Night Before Christmas.

The sinister Knecht Ruprecht had been replaced by eight magical reindeer and the stern St. Nicholas had fully metamorphosized into the jolly Santa Claus.

Moore’s poem was published in the Troy Sentinel in New York.  It became an overnight sensation. Now the evolution of Christmas was complete.  Gone were the obvious shades of darkness as the satanic elf and his devilish familiar were now packaged kiddy cute. 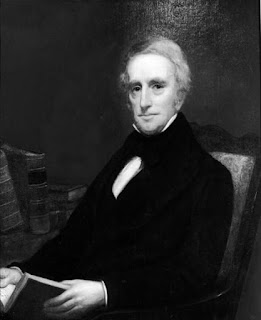 At first, Moore (pictured on the left) feared that the Christian reaction to his decidedly pagan poem would harm his position as a minister.  Thus, years went by and the poem remained unclaimed by him.

Eventually, the public’s praise of this poem grew to such a height that Moore could not resist admitting it to be his work.

Santa Claus, and his horned magical reindeer, had come to stay due to the work of this minister.

And there's more to the story, but I'll save that for the next (and final) segment on Unwrapping Christmas...  For now, let me leave it with a Scripture:

Revelation 18:1-5 "And after these things I saw another angel come down from Heaven, having great power; and the earth was lightened with his glory. And he cried mightily with a strong voice, saying, Babylon the great is fallen, is fallen, and is become the habitation of devils, and the hold of every foul spirit, and a cage of every unclean and hateful bird. For all nations have drunk of the wine of the wrath of her fornication, and the kings of the earth have committed fornication with her, and the merchants of the earth are waxed rich through the abundance of her delicacies.  And I heard another voice from heaven, saying, Come out of her, My people, that ye be not partakers of her sins, and that ye receive not of her plagues. For her sins have reached unto heaven, and God hath remembered her iniquities."