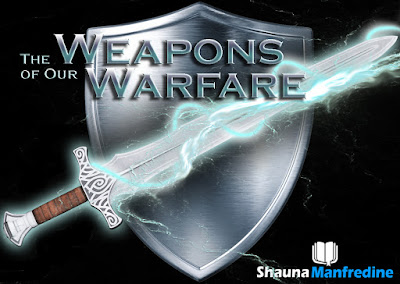 In our Bible reading from today, I would like to focus on Mark chapter 5. It is interesting to note that the Gospel of Mark has more to say about Spiritual Warfare than any other Book. Mark 5 also has some notable connections to Revelation 9.

The Bible tells us that the locusts with scorpion’s tails come up out of the smoke from the Bottomless Pit.

Revelation 9:1-3 "And the fifth angel sounded, and I saw a star fall from heaven unto the earth: and to him was given the key of the bottomless pit.  And he opened the bottomless pit; and there arose a smoke out of the pit, as the smoke of a great furnace; and the sun and the air were darkened by reason of the smoke of the pit.  And there came out of the smoke locusts upon the earth: and unto them was given power, as the scorpions of the earth have power."

So, the Bottomless Pit is a spiritual place which is a depthless abyss or prison. But to discover that this place is a prison for cast-out demons, we need to look at the Gospel of Luke, Chapter 8. This chapter recounts the story of how Yahshua delivered two demon-possessed men in the region of the Gadarenes. But when the demons realized they were about to be cast out, they begged Yahshua not to send them into the “deep,” but into the pigs, instead. The word translated as “deep” here is the from the same Greek word as Revelation 9:2. The demons were begging not to be sent to the Bottomless Pit!

Luke 8:31-32 "And they (the demons) besought Him (Yahshua) that He would not command them to go out into the deep [the Bottomless Pit]. And there was there an herd of many swine feeding on the mountain: and they besought Him that He would suffer them to enter into them. And He suffered them."

The Bible associates the scorpion-tailed locusts with the smoke ascending out of the Bottomless Pit, clearly connecting this apocalyptic scourge to the supernatural holding place of demons. Now let’s take a moment to analyze the smoke which ascends out of the Pit.

Since the Bottomless Pit is a super-natural holding place in which cast-out demons are imprisoned, there is a strong implication that the smoke from the Pit is released demons. The Last Great Battle, sometimes called Armageddon, will spiritually be a time of “all-hands-on-deck,” for both good and evil.

Those demons which have been cast out and incarcerated, due to Spiritual Warfare, will be released and come pouring forth from the Bottomless Pit in order to join the forces of Hell in the Last Battle. But would they appear as “smoke?”

Melvern Young, in his book Eyewitness Report, recorded numerous instances in which demons manifested with a smokey, humanoid shape. We too have witnessed demons taking such a form, in our family’s dealings with Spiritual Warfare. Thus, when the Bible states that the apocalyptic scorpions and serpents are part of an army which ascends from the Bottomless Pit, we see that these “beasts” may be technological weapons of war, but they will be supernaturally empowered to hurt and destroy.

We like to sing about the "Old Time Religion" and how its "good enough for me". In many ways it is. But in one major way it isn't. The religion of Grandma probably didn't involve much awareness of Spiritual Warfare. And that just isn't sufficient. We need to be growing closer to Yahweh and gaining Warfare strength in Him. Grandma didn't need to prep for Armageddon. But you and I do. Thus, the Book of Mark bears special interest to us, who live in these times.

Yahshua cast out demons. He wasn't afraid of them. They were afraid of Him. And in His Name, we too are being called to make Hell shake - never the other way around. Messiah is our Example in all things. Let's look more closely at His Example in Spiritual Warfare.