One of the saddest stories in the Bible has got to be the story of how Esau sold his birthright for a
meal. Now we can certainly look at Jacob and shake our heads at his deception in this story. There's no question that Jacob was deceptive, cunning, and underhanded in how he acquired his older twin's birthright. But my focus, today, is on Esau. For I see that it is Esau's sin that we are perhaps most in danger of repeating.

Esau was out hunting. He returned home tired - too tired to cook. In fact, the Bible tells us he even felt faint, probably severely so. Although, I think he must have been a bit of an exaggerator because he said he was "at the point to die". The Bible account doesn't make it sound like this statement was factual. Rather, it looks more like Esau said it because he was amplifying the problem to suit his quick-tempered emotional status. His need for food couldn't have been too dire, for Jacob just puts a bowl of lentils into his hands, he eats, and gets up and goes his way. But, in the transaction, Esau gained a meal and physical satisfaction. But he lost something far more valuable. He lost his spiritual birthright. 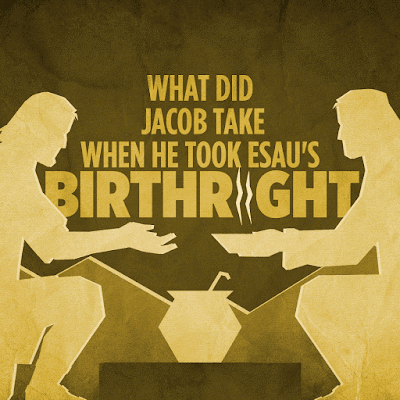 The reason we now list our spiritual patriarchs as "Abraham, Isaac and Jacob," instead of "Abraham, Isaac and Esau" (because Esau was born a few minutes before Jacob, making him the true firstborn) is that Jacob had the birthright, which once belonged to Esau. It was a tremendous, spiritual blessing. And - when one truly understands what all is involved in a spiritual birthright - the idea of giving it up for any price is unimaginable!


There were other first-born sons in the Bible who lost their spiritual birthright. One was Reuben. Reuben was the first-born of the patriarchs, and so the priesthood of the tribes belonged to him. But, when Reuben proved less worthy than Levi, the priesthood birthright was transferred by God from Reuben to Levi (Numbers 3:12-13 ; Numbers 8:18). In this case, Levi did not do anything underhanded to take Reuben's birthright blessing. He merely remained faithful to God, where Reuben did not. 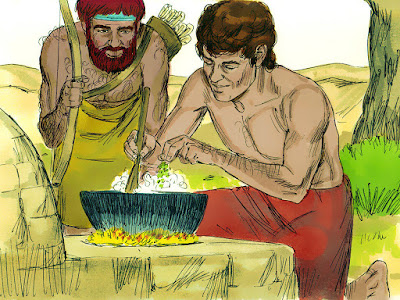 The reason the birthright is so precious is that it is a special covenant with God. In God's Eyes, the birthright blessing is of great value. And whatever God values is truly valuable! This was the spiritual
blessing that Esau foolishly cast aside to satisfy his hunger. Something so valuable as this should not be surrendered even to save one's own life!

Genesis 25:29-34 "And Jacob sod pottage: and Esau came from the field, and he was faint: And Esau said to Jacob, Feed me, I pray thee, with that same red pottage; for I am faint: therefore was his name called Edom. And Jacob said, Sell me this day thy birthright. And Esau said, Behold, I am at the point to die: and what profit shall this birthright do to me? And Jacob said, Swear to me this day; and he sware unto him: and he sold his birthright unto Jacob. Then Jacob gave Esau bread and pottage of lentils; and he did eat and drink, and rose up, and went his way: thus Esau despised his birthright."

At some point in Esau's life, he recognized what he'd given up. Scripture even tells us that he tried to regain his lost birthright - seeking to reclaim it with many tears of remorse. But it was too late. The blessing of Heaven, which he so glibly cast aside to fill his own belly, could not be regained. This point is made by writer of Hebrews, along with a warning to us. We, like Esau, can also lose our spiritual birthright with God:

Hebrews 12:16-17  "Lest there be any fornicator, or profane person, as Esau, who for one morsel of meat sold his birthright. For ye know how that afterward, when he would have inherited the blessing, he was rejected: for he found no place of repentance, though he sought it carefully with tears."

Messiah, Who is the supreme spiritual Firstborn, died for us. He took the Death that you and I deserve and promises us the blessings that He deserves! In other words, every child of God, through Christ, becomes the inheritor of the Firstborn blessing! The birthright, which was Christ's is imputed to each of us!

But so many times, we are tempted to treat this tremendous gift as lightly as did Esau...  How tragic it will be for us, if we are so foolish as to cast our birthrights aside for any price. And this is the lesson and warning portrayed for us in Genesis 25 and in Hebrews. 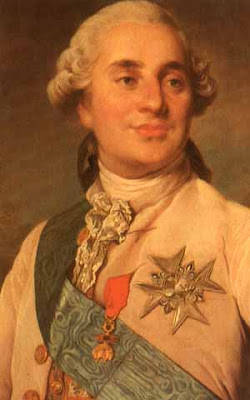 Many years ago I heard the story of the son of King Louis XVI of France. Rebels removed King Louis and destroyed him. But his son wasn't as easy for them to dispose of. The boy, in his teens, could not be killed. For his martyrdom would cause the people of France to turn against the rebels. So, they opted for a deceitful course. They thought that inasmuch as the king’s son was heir to the throne, if they could destroy him morally, he would never realize the great and grand destiny that life had bestowed upon him. They planned to make the boy destroy himself!

Unbeknownst to the prince, the "friends" who promised to hide him and keep him safe from the enemies of the throne were the very ones who had destroyed his father the king.
They took him to a community far away, and there they intentionally exposed the teen to every filthy and vile thing that life could offer.

They exposed him to foods the richness of which would quickly make him a slave to appetite. They used vile language around him constantly. They exposed him to beautiful women, who offered their bodies carnally to the boy. They offered him wine and opium.

The young prince was surrounded 24 hours a day by everything that could drag the soul of a man as low as one could slip. For over six months he had this treatment—but not once did the young lad buckle under pressure. Not once did the teen eat, drink, or partake of any evil thing they offered!

Finally, after intensive temptation, they questioned him. Why had he not allowed  himself to enjoy these things—why had he not partaken? These things would provide pleasure, satisfy his lusts, and were desirable; they were all his.

The young prince simply explained, “I cannot do what you ask for I was born to be a king.”

This young man understood the value of his birthright! He treasured it! It was not to be bought or sold, at any price. May we prove as faithful!

We are all born to be priests and kings in the Kingdom of God. Our Father is a king, and just as the king’s son was exposed to every vile and perverted thing in this life, so you will be exposed to much of the filth and degradation of our generation. But may it be that each of us will remember our birthright (in Christ). May we be faithful as this young prince of France, rather than following in the tragic footsteps of Esau.