Defending Your Home and Family Against Hell's Onslaught

Are You Prepared to Defend Your Home and Family Against Hell's Onslaught? 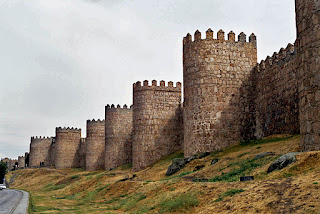 An ancient city’s first line of protection and defense against enemy invasion was its walls. Imagine for just a moment that one day, amidst the hustle and bustle of life in ancient times, the watchmen on the walls shouted the warning and trumpeted the alarm. An army had been spotted, approaching the city with probable hostile intent!

As the armed hoard quickly surrounded the city on all sides, set up battering rams, and erected catapults to breech the city’s gates and walls; fears of their malicious intent were confirmed. In such a situation, what should be the appropriate response of the threatened city? Certainly, the best placement and quick deployment of defending troops would be most critical. For if the besieged city is to have any hope of surviving the onslaught, an effective defense must be put into action immediately.

But what would be the city’s chances if the watchmen hadn’t sounded the alarm? What if the city were completely unaware of the threat, allowing the invaders to mount a full-scale attack without triggering any defensive response from the city at all? In such a scenario, the city would be doomed! The invasion would most surely succeed, and the unprotected city would most certainly fall.  This is exactly why such a thing could not happen. No physical city would dare to be so unwary, so unwatchful, so unprotected!

We cannot imagine leaving a city undefended physically, yet we do it spiritually all the time! The forces of darkness seek to destroy our homes and families in all-out, full-scale assaults. The intent of these hellish invaders is far darker and more dangerous than a mortal army working to overpower a physical city! Yet, so often, we are spiritually unwary, unwatchful, and unprotected.

How can this be? Physical protection is less important than spiritual! But the enemy of souls is able to invade and destroy our homes and families because we do not recognize the early warnings that his demonic troops are advancing upon us. Most often, we do not perceive that we are under attack, making it impossible to mount a godly defense. To be under attack, yet unable to discern it, is the most dangerous form of blindness!

Being spiritually able to see—perceiving what is going on in the spiritual realm—is the first and foremost ability which Christians must have. For without it, we will be as defenseless as the ill-prepared city in our analogy. This is why our loving Heavenly Father invites us to seek His spiritual eyesalve (Revelation 3:17–18).

Because my family and I spiritually failed to recognize and rightly respond to the early warnings of advancing darkness, the onslaught of hell was successful, nearly destroying us spiritually, emotionally, financially, and even physically. In fact, though we have recovered and are thriving again, we have unnecessary scars—many of which will never be fully removed this side of Glory.

Recognizing the early warnings of Satan’s attacks is vitally important. For this reason, in chapter two of Escaping from the Dragon's Jaws, I will share the signs which we missed at the time, and carefully identify hell’s pattern in the early stages of an all-out attack. In this way, it is my prayer that you and your family will be protected from the onslaught which nearly destroyed us...