In Joshua chapter 7, we read of the sin of Achan and how it effected the rest of the people of Israel. Through this story, we may learn a powerful, biblical principle, which I call "Leavened by Proxy". 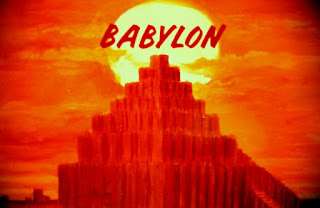 Sin, like leaven, permeates the whole "lump of dough" (which represents a group). In Scripture we find the principle of "leavening" associated with Babylon, ending with the warning to flee lest you partake of her sins. In other words, “depart from associating with Babylon, or you will be leavened by her false teachings and attitudes.”

All of us have been in the presence of someone spewing out negative words.  The whole atmosphere is tainted by the "leaven." Thus, if anyone finds himself in such company, while trying to maintain pure faith, that person must leave as soon as possible.  Even then, the godly-minded one must war against the demons of discouragement or condemnation, which come with the briefest encounter. By proximity, the spirit is strained. And by association the same judgments apply. 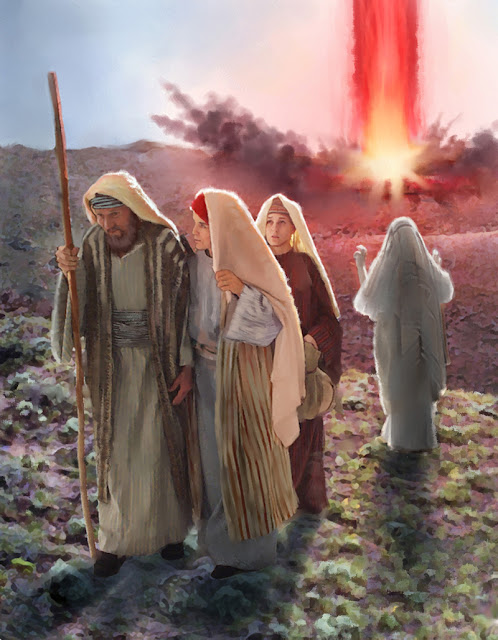 Here are a few examples to demonstrate the Bible stance on judgment by association. Consider the record of Lot, dwelling in the vile city of Sodom.  When Lot was confronted with impending judgment, he was told to flee lest he be consumed in the wrath poured out upon the wicked, (Genesis 19:12-15).   Had he remained in Sodom, Lot and his household would have met the same fate as the sinful Sodomites, although he was deemed "righteous".

“Wherefore come out from among them, and be ye separate, saith the Lord, and touch not the unclean thing; and I will receive you. And will be a Father unto you, and ye shall be My sons and daughters, saith the Lord Almighty,” 2 Corinthians 6:17-18.

The fire that fell upon Sodom and the cities of the plain was mute testimony to the fact that not even ten righteous could be found with-in. Thus, their iniquity reached unto Heaven, and they were purged from the Earth.

Conversely, to demonstrate how the justness of the many is polluted by the impurity of the few, consider the Biblical account of Achan. During the overthrow of Jericho, the Children of Israel were warned not to take any profit or spoils of war.  To Yahweh, the wealth of this evil city was an “accursed thing,” (Joshua 6:18-19). All the Children of Israel obeyed Yahweh’s command, except one man. Achan disobeyed this injunction and took gold, silver, and a rich suit of clothing from Jericho. These forbidden items he hid in his tent (Joshua 7:20-21).

With praises to Yahweh for the overwhelming victory at Jericho, the Children of Israel turned their sights on the Amorite city of Ai. So confident were they in the deliverance of Yahweh, that Israel decided to only send a small band of about three thousand warriors to take Ai. But, the men of this small city smote the Israelite warriors, felling thirty-six of them and routing the rest.

Joshua, who was the leader of Israel at this time, tore his clothes and fell on his face in mourning before Yahweh. He cried out to YAH to know why the Israelite warriors had been vanquished, rightly assuming this would have been impossible unless Yahweh were, for some cause,  displeased with His people. Through a process of casting lots, Yahweh revealed to the leaders of Israel that Achan had sinned, bringing this judgment upon the whole assembly. The corporate body of Israel became guilty together,  in the sin committed by Achan. 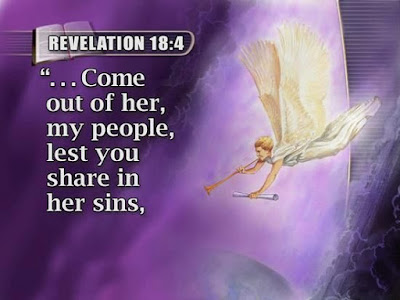 It is because Heaven judges us corporately, based upon the attributes of the “bodies” to which we become joined, that we are warned to choose our corporate fellowships with great care.

Forming a marriage and family is one way to create such a corporate “body.” In acknowledgement of the seriousness of such a bond, prospective couples are counseled:

Be ye not unequally yoked together with unbelievers: for what fellowship hath righteousness with unrighteousness? And what communion hath light with darkness? And what concord hath [Yahshua] with Belial? Or what part hath he that believeth with an infidel? And what agreement hath the temple of [Yahweh] with idols? For ye are the temple of the living [El]; as [YAH] hath said, I will dwell in them, and walk in them; and I will be their [El], and they shall be My people.,
2 Corinthians 6:14-16.

Similarly, spiritual Israel in the last days is commanded to sever all bonds with Babylonish, corporate affiliations. We are warned that such associations, if allowed to continue, will ultimately bring the judgment of Yahweh upon us.

And I heard another voice from Heaven, saying, Come out of her (Babylon), My people, that ye be not partakers of her sins, and that ye receive not of her plagues, Revelation 18:4.