Psalm 4 - Part 5: The Most Powerful Intercessory Prayer Formula in the Bible - Step 5

As was already discussed, in part 1 of our examination of the Psalm 4 prayer formula, we saw the context in which to use the special Psalm 4 level of intercessory prayer. in part 2, we examined the first step in this prayer recipe, which is to "Stand in awe". Then in part 3, we looked at the importance of being free from personal sin, in order to be powerful intercessory prayer warriors. Finally, in part 4, covering steps 3 & 4 we saw the importance of keeping this prayer private and reserving it for the time of the night watches. We also saw the importance of being still - remembering that He is God. Again, for this prayer to be effective, you need to complete the steps in the order in which the psalmist gave them.

This powerful intercessory prayer formula in all the Bible is found in Psalm 4:4-5, which reads:

Stand in awe, and sin not: commune with your own heart upon your bed, and be still. Selah. Offer the sacrifices of righteousness, and put your trust in the LORD.

The fifth step in the Psalm 4 prayer formula is to "offer the sacrifices of righteousness." But how do you do that in our post-Calvary world? The sacrifices ended at the Cross.

On that dark night, when I feared for Joe's life and God revealed to me how to pray Psalms 4 on Joe's behalf, I followed along fervently through steps 1-4. But when I read the words "offer the sacrifices of righteousness", realizing this was the fifth step, I was stumped. I had no idea how to proceed.

"What do I do now?" I quietly asked God.

Under the Spirit's prompting, the words quickly formed in my mind, "How were sacrifices offered in Bible times?"

"The father of the household would take a lamb to the temple. He would lay his hands upon the head of the lamb and confess his sins and the sins of the family. Then he would slit the lamb's throat. It pointed to my Saviour's Death by which all sin is forgiven," I recited, still clueless.

What was the sacrifice of righteousness? It was not the lamb itself, for the lamb merely pointed to the true Sacrifice of Righteousness, which was the Death of Christ - Heaven's Lamb (John 1:29). Of course the sacrifices of righteousness referred to the Saviour's Death. Everyone needs to confess their own sins to God and claim the Blood of Christ in cleansing. But what I couldn't understand is how this could apply to intercessory prayer?

Was God telling me that I could actually confess the sins which someone else had committed, claiming the Saviour's Blood on their behalf? It was a foreign concept! I was inspired to look at the story of two Biblical heroes: Job and Daniel. Both of these godly men offered the sacrifices of righteousness - in intercession! 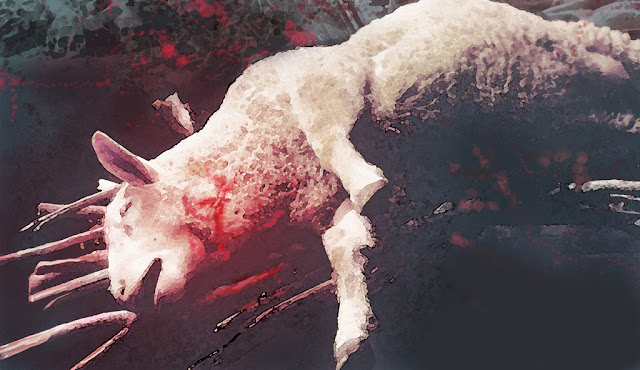 First, let's look at Job. The Bible tells us in the first chapter of Job that he was a "righteous" man who "feared God" and "eschewed" (hated and turned away from) evil (Job 1:1). Unlike faithful Job, his grown children were not interested in God. In fact, Job chapter 1 tells us that they were out partying. It was obviously not a good party because Job believed this worldly children were sinning. Clearly, they were not repentant, nor inclined to offer the sacrifices of righteousness on their own behalves. So Job did it for them, offering one lamb for each of his rebellious children!


And his sons went and feasted in their houses, every one his day; and sent and called for their three sisters to eat and to drink with them. And it was so, when the days of their feasting were gone about, that Job sent and sanctified them, and rose up early in the morning, and offered burnt offerings according to the number of them all: for Job said, It may be that my sons have sinned, and cursed God in their hearts. Thus did Job continually, Job 1:4-5.

There are a number of key points which bear notice, in Job's intercessory ministry for his wayward children.

1) First, Job offered the sacrifices of righteousness on their behalves because he worried that they might have sinned and cursed God in their hearts.

2) Second, Job continued offering the sacrifices of righteousness for them on a regular basis.

3) Finally, the result of Job's prayers is also powerfully given. The Bible says that he "sanctified them"! Now that's amazing! To be sanctified is to be "made holy". In other words, when Job confessed his children's sins on and offered a lamb each for them, God heard Job's prayers and powerfully responded!

From the example of Job, we see that "offering the sacrifices of righteousness" can involve a parent confessing the sins of their wayward (even adult) children. The parent can also claim the Saviour's Blood in cleansing. 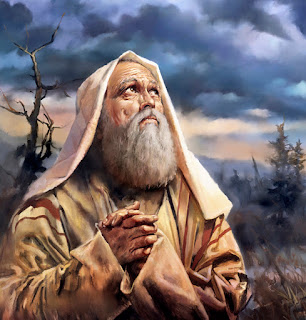 Next, let's look at Daniel's example. In Daniel chapter 9, we see the prophet Daniel confessing the sins of Israel, for which God allowed them to become taken into Babylonian captivity and exiled. Scripture tells us that Daniel, who was taken into captivity in his youth, was always faithful to God. Clearly then, he did not partake of the sins which we see him confessing in Daniel 9:4-6. Why confess sins he didn't commit?

Daniel is praying and confessing the sins of Israel because no one else is doing it. He realizes that unless the sins are confessed and forgiven, Israel will never be able to return home. So Daniel confesses on Israel's behalf, even though he never participated in the sins he confesses.


Now therefore, O our God, hear the prayer of Thy servant, and his supplications, and cause Thy Face to shine upon Thy sanctuary that is desolate, for the Lord's sake. O my God, incline Thine Ear, and hear; open Thine Eyes, and behold our desolations, and the city which is called by Thy Name: for we do not present our supplications before thee for our righteousnesses, but for Thy great mercies. O Lord, hear; O Lord, forgive..." Daniel 9:17-19.

How effective is Daniel's work in "offering the sacrifices of righteousness" for Israel? Very! In fact, before he finishes praying, God sends the angel Gabriel to assure him that his prayer is heard and to give him the prophecy of the 70 week timeline. Shortly thereafter, members of Israel begin to return home - freed from their exile - not because they confessed their own sins, but because Daniel effectively offered the sacrifices of righteousness on their behalves, when they wouldn't do it for themselves!

That's how powerful the Psalms 4 prayer process is! God has put this prayer formula in place so that His faithful intercessory prayer warriors can truly stand in the gap for those who aren't coming to God for themselves. And lives are changed by it - Job's children were sanctified, Israel was able to return home from their Babylonian captivity.

When I prayed this way for Joe, I found it to be hugely powerful also. When I finished praying, just as it says to do at the end of Psalms chapter 4, I laid down and slept peacefully. How could I sleep having been in such turmoil and fear that Joe planned to take his own life? Because the Psalms 4 prayer formula was complete. And I knew that I could trust God to do as He'd promised. The end of the chapter in Psalms 4 says to lay down in peace and sleep, with the awareness that it is God Who makes me to dwell in safety, so that I can do so.

I slept - like a baby (as they say) - and the next morning I went about my day without panic or even concern for Joe's welfare. I knew he was safe. God had Joe - because He had showed me how to pray for him. And God had heard my Psalm 4 intercession, just as he did for David, Job, and Daniel. Later that day, Joe called. He was not only alive (which I trusted he would be), he was spiritually well also! He had been convicted in the early morning hours to turn his life over to God. Joe was a different man. Joe was truly alive - spiritually as well.

Since that dark night, when I was directed to pray Psalms 4 for Joe, I have since used this powerful prayer formula whenever I am facing a crisis or spiritual SOS. I have learned, from experience, that Psalm 4 is the most powerful intercessory prayer in the Bible. And God can use the prayers of His people to give Heaven the rights to work - even in the lives of those who aren't choosing God on their own.


"I will therefore that men pray every where, lifting up holy hands, without wrath and doubting," 2 Timothy 2:8.

(Detailed directions for how to pray Offering the Sacrifices of Righteousness, are provided in Shauna Manfredine's book Escaping from the Dragon's Jaws).
at August 26, 2016 No comments:

The Battle is Real (Video Clip)