Psalm 101:3 "I will set no wicked thing before mine eyes: I hate the work of them that turn aside; it shall not cleave to me."

What's the big deal with looking at wicked things? Unless you're doing it, just looking at it can't hurt. Right? Wrong. By beholding, we become changed. So today, let's look at the call to come out of Babylon - in what we behold.


Many of us know to take care not to attend churches where dangerous doctrines are being taught from the pulpit. We know that listening to satanic lies and twisted teachings is hazardous to our spiritual health. But did you know that there is a far more powerful form of preaching that many of these same folks sit through? The most deadly of all sermons comes in the form of movies and entertainment. In the media, people are being taught the doctrines of the cosmic christ. And movie-by-movie, even Christian people are being prepared to worship the beast and side with him in the final Battle of Armageddon.

Now, before we begin, I just want to make one thing clear…  I didn’t watch all these movies that I’m going to be showing you about. The information presented in this talk comes from Internet research along with the research put out by Little Light Studios in the DVD’s called Magic Kingdom and The Replacement Gods. 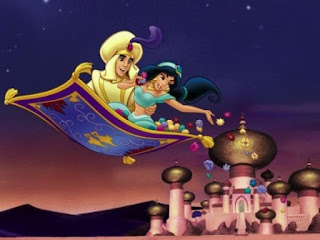 From the time children are small, they are being taught in the movies that there is a better world. In this world, anything is possible.

Love seems to be the key ingredient.

And children are told that
dreams really do come true. 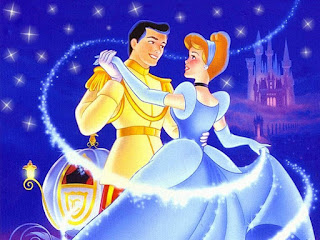 But, is there a deeper message than what’s on the surface? Are these fables just innocent stories? Or could they be dangerous allegories?

What exactly do these movies teach children about magic? 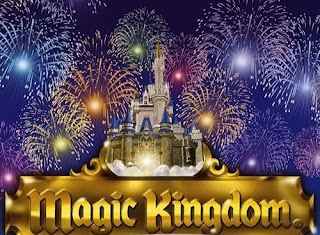 And more importantly, when kids watch these movies, which kingdom are they being influenced to belong to?

There are millions of dollars being raked in at the box office, as families crowd into the theaters to see the latest animated feature.


The first Shrek movie turned in to a monster hit in the summer of 2001, grossing $267.7 million and establishing DreamWorks Animation as the anti-Disney/Pixar. Three years later, Shrek 2 became the highest-grossing animated movie of all-time, banking over $440 million. Since then, DreamWorks has cranked out a steady stream of popular releases, including Shark Tale ($160.9 million), Madagascar ($193.6 million), Over the Hedge ($155 million), Kung Fu Panda ($215.4 million) and, of course, Shrek the Third ($322.7 million).

What impact is all this movie-watching having on kids?

Scientists have recently made an amazing discovery about the human brain. The very same neurons fire in our brains when we do an act, or when we see someone else do the same act. Our brains don’t know the difference between seeing and doing. These neurons are called “mirror neurons.”

This was first discovered by accident. Scientists had hooked a monkey up to a device that could tell when certain brain neurons fired. When the monkey took a peanut, a certain neuron in his brain would fire. And the neuron reading machine would give a tone which let the scientists know that the specific neuron they were watching had fired.

Then one day, a person took a peanut. The monkey didn’t move a muscle, he just watched the person take a peanut. And as the monkey watched the brain neuron fired causing the same tone as when the monkey had taken a peanut.

Scientists were amazed! The monkey’s brain couldn’t tell the difference between seeing something done and doing it himself. Were people like this also?

To test this, people were put in a powerful FMRI brain scan machine. Then they were shown images of people making different faces.

First the test subjects were asked to imitate the faces. As they did the brain scanner showed which neurons fired. There was a certain neuron which fired when the subject imitated a sad face. And a different neuron fired when the subject imitated the happy face, and so on. When the scientists had shown the faces and recorded what happened in the subject’s brain and which neurons fired, they showed the faces to the test subject another time. This time the person was told not to more a muscle. They were just to look at the faces.

To the scientist’s amazement, they found that the human brain fired the same neurons when looking at the faces as it did when imitating the faces. This means that human brains also react the same whether we’re doing something or watching someone else do it.

This mirror neuron effect is a powerful way humans learn. This is why we can learn something by watching someone else.

So, when children see something in the movies, such as someone getting mad at someone else, the brain neurons are firing JUST AS IF THEY WERE THE ONES FIGHTING AND BEING ANGRY.

But before science discovered this, the Bible warned us that as a man thinks in his heart, so is he (Proverbs 23:7). It also says in 2 Corinthians 3:18, that by beholding we become changed.

The Bible tells us that the sin of violating Yahweh’s Laws starts in the mind.

Matthew 5:28  "But I say unto you, That whosoever looketh on a woman to lust after her hath committed adultery with her already in his heart."

One of the most dangerous things being taught in the movies, is that the Law of Yahweh is being challenged over and over again, in subtle ways.

Yahweh asks us to keep His Law with all of our hearts. He even tells us that keeping it is a test of our love for Him (John 14:15).

But instead of following and obeying Yahweh, the movies are telling our children to follow their hearts, not the Law. 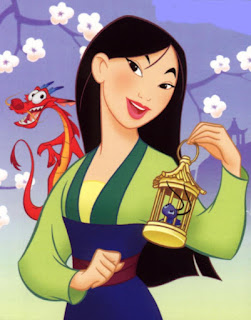 As is well documented in the Little Light Studios documentary called The Magic Kingdom, In the movie, Mulan, for instance, children are told to follow their hearts instead of the rules. Mulan’s advisor and guardian is none other than a red dragon. Mulan teaches the children that their duty is to their hearts. And when they follow their feelings, things will come out right.

But, this is the opposite of what the Bible teaches.

Jeremiah 17:9  "The heart is deceitful above all things, and desperately wicked..."

Proverbs 28:26  "He that trusteth in his own heart is a fool: but whoso walketh wisely, he shall be delivered."

Movies, like Cinderella 2, teach children that the rules are old and dull. We need something new. We should make our own rules rather than following the rules which have been given to us.

This is exactly what the devil did in Heaven. He challenged YHWH’s Law, deciding to make his own new rules. When Adam and Eve listened to him and also challenged YHWH’s rules, the result was bringing sin, disease, death and destruction to our world.

But, in the movies children learn that when you follow your heart and break the rules, everything turns out fairy-tale perfect.

Not only do movies teach children Satan’s principles, they also present the devil as the good guy.

Pan, the Greek god of nature, is none other than Satan. He was known by his ability to play the Pan Pipes and seduce people into following him to their destruction.

In Disney’s Peter Pan, the main character is still named, Pan. He wears green to show his connection with nature, still has pointy ears, and he even plays the panpipes in a scene to make sure we know who he is. 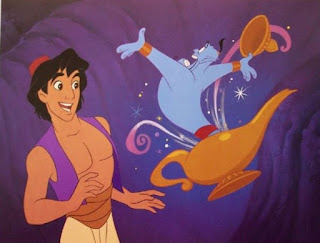 where there are no rules. And even though Pan is really Satan, but he is presented to children as the good guy!

In Islamic cultures, the genie or djinn was a supernatural spirit or demon.

But, when this terrible thing is presented to children, the genie is their friend.

Wizards are also seen as the good guys in numerous children’s movies.

Children are also being taught the principles of spirit worship and pantheism in movies like Pocahontas and others where nature spirits advise them and behave like beloved members of the family. 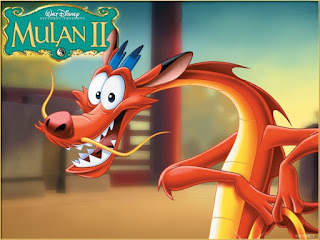 And the Bible tells us clearly who the red dragon is (Satan).

Yet, children are being taught to see him as a friend, guardian, and even savior.

Far from being harmless and amusing entertainment, these movies are actually indoctrinating children into friendship with demons and Satan and rebellion against Yahweh and His Law.

Now let’s be honest about this for a moment. Most children spend more time watching movies than they do attending church or hearing from the Bible. So whose kingdom principles are these kids learning more deeply?

Which kingdom is really winning your child’s heart? 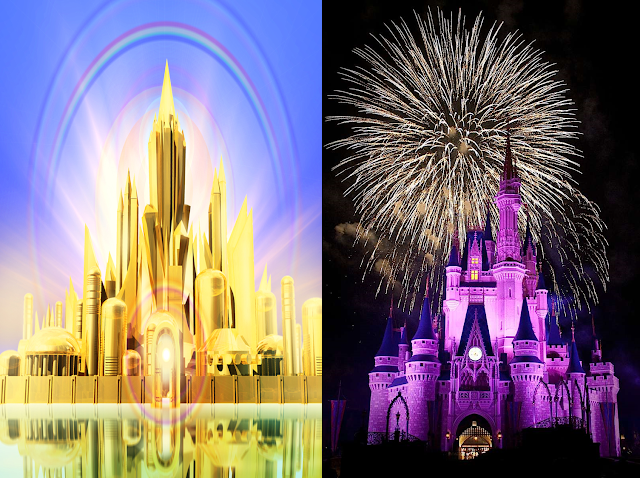 If we want the Kingdom of God to grow in our hearts and homes, we need to watch out for what we're beholding. Like David, may we make the resolution of Psalm 101:3

Psalm 101:3 "I will set no wicked thing before mine eyes: I hate the work of them that turn aside; it shall not cleave to me."