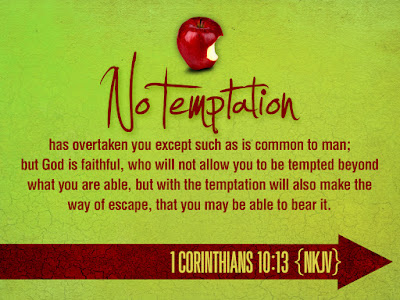 In today's reading from the book of Luke, we read about the Temptation in the wilderness.

In Hebrews 4:15, Scripture tells us that Yahshua was tempted in all points like we are - yet without sinning. But to the person struggling with a heroin addiction, or ungodly movie addiction, or some other modern issue, it seems impossible for Yahshua to have been tempted in all the same points as us.

In fact, since I am completely unable to turn stones into bread, some of the things Satan tempted Christ with are things I cannot relate with at all...  At least that's how it appears on the surface.

And the bottom line is this. How can Yahshua's experience in the wilderness give me any hope at all, for my personal potential for victory, if I cannot relate with His temptations in any way? Yet Scripture is clear that I should take courage from Christ's victory over temptation. His experience in the wilderness demonstrates how I can also have victory through finding Grace and Help in my own times of need:


Hebrews 4:15-16  "For we have not an High Priest which cannot be touched with the feeling of our infirmities; but was in all points tempted like as we are, yet without sin. Let us therefore come boldly unto the Throne of Grace, that we may obtain mercy, and find grace to help in time of need."

Christ was tempted in all points like we are. But this cannot mean that every little nuance of temptation that I face and you face, and everyone else in the world ever faces, also came upon Christ. After all, nuances of temptation are uniquely tailored to each of us. In other words, some things that can be tempting to me - are not also tempting to you, and vice versa. And regarding the nuances of Yahshua's temptations - not one of us could be tempted to turn stones into bread, since we do not have the power to do so.

The points of temptation, which we all face are not individual nuances which might come upon people in unique situations. Rather the "all points", mentioned in Hebrews 4:15, means that all individual temptations are "common to man" in that they all fall into the four categories, or classifications of sin.

1 Corinthians 10:13  "There hath no temptation taken you but such as is common to man: but God is faithful, who will not suffer you to be tempted above that ye are able; but will with the temptation also make a way to escape, that ye may be able to bear it."

The key we need in order to be able to relate to Christ's wilderness temptations (and victory over them) is the understanding that all temptation comes in four categories. When the Bible says that Yahshua was tempted in all points like us, it doesn't mean that we should list every specific temptation we have ever faced and look for a time when Yahshua also faced that specific situation or temptation. Rather it means that Christ was tempted in all the same categories as we are - yet without sin.

So what are the four categories of temptation? They are listed in 1 John 2:15-17:

In summary, the four categories of temptation are:
1) Love of the world
2) Lust of the flesh
3) Lust of the eyes
4) Pride of life

Why do all sins of mankind fall under these same four categories? The reason is that our first parents (Adam and Eve) fell in these four areas, giving the devil rights and ground to tempt all of us in the same four areas in which
Adam and Eve were tempted - and failed. How is this so? Let's return to the Genesis account and revisit the record of the Fall. 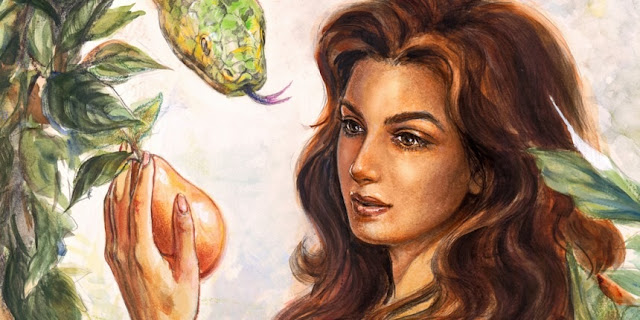 Genesis 3:1-6  "Now the serpent was more subtil than any beast of the field which Yahweh God had made. And he said unto the woman, Yea, hath God said, Ye shall not eat of every tree of the garden?

And the serpent said unto the woman, Ye shall not surely die:  For God doth know that in the day ye eat thereof, then your eyes shall be opened, and ye shall be as gods, knowing good and evil.

And when the woman saw that the tree was good for food, and that it was pleasant to the eyes, and a tree to be desired to make one wise, she took of the fruit thereof, and did eat, and gave also unto her husband with her; and he did eat."

In Eve's temptation and fall, we find three of the four categories, as follows: 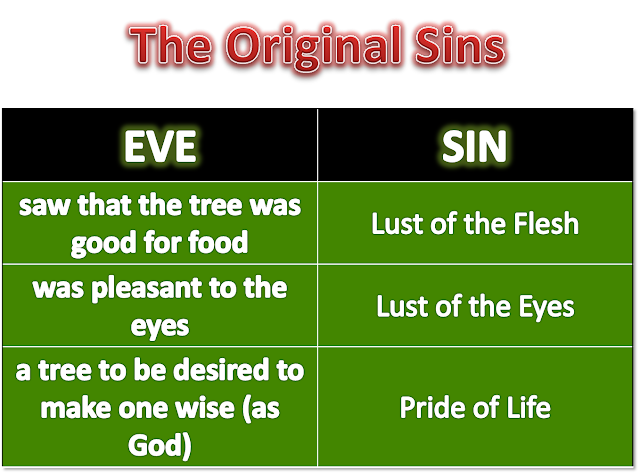 But where is the fourth category? Where is the love of the world? That category of sin comes to us from Adam. Scripture tells us that Adam was not deceived, like Eve (1 Timothy 2:13-14). Adam chose to eat the forbidden fruit, knowing full-well what he was doing. His reason? In that moment, Adam could not imagine continuing to live without Eve. So he chose his love for Eve over his love for God, choosing to share whatever would be her fate.

Mankind was plunged into a dismal fate through the Fall of our first parents. From their sins came our weaknesses - our points of temptation. These four categories are the sins that are "common" (we all have them) to all mankind.

But Yahshua came as the second Adam. And while the four categories of sins came upon us all through the first Adam (Eve is included in this reference), so forgiveness for these things, cleansing, and victory comes to us through Christ - the second Adam. For Christ was victorious over "all points" of temptation and paid for our failures with His Own Blood.

1 Corinthians 15:21-22  "For since by man came death, by man came also the resurrection of the dead. For as in Adam all die, even so in Christ shall all be made alive."


How did Yahshua gain victory over these four categories of sin? Let's go through the temptation in the wilderness, point-by-point.

The first temptation – Matthew 4:3-4 - Satan's appeal to the lust of the flesh.

Yahshua responded with Scripture 1) Quoting Deut 8:3, "Man shall not live by bread alone..." 2) There is more to life than just fulfilling physical desires; man is dependent upon the Word of God to truly live!

The second temptation – Matthew 4:5-7 - Satan appeals to the pride of life.

Again challenging Yahshua's identity, Satan sets Yahshua on the pinnacle of the temple, tells Him to "throw Yourself down". Twisting Scriptures to support his deceptions, the devil quoted Ps 91:11,12.  Yahshua responded with Scripture by quotoing  Deut 6:16, "You shall not tempt Yahweh your God". While the passage Satan quoted is true, it would be an abuse of it to purposely test God.

Taking Yahshua to high mountain and showing Him the kingdoms of the world. The devil was offering to give Yahshua all the kingdoms if He worship worship Satan. Yahshua responded again with Scripture 1) Deut 6:13, "You shall worship Yahweh your God, and Him only you shall serve". Though Christ was offered a shortcut to receiving power over the nations, Yahshua does not take the easy path - Re 2: 26-27; 3:21

Passing the Love Test - Yahshua also passed the fourth category, choosing the love of Yahweh over all else. He demonstrated this multiple times, most poignantly in Gethsemane. But here is one example:

Matthew 12:47-50  "Then one said unto Him, Behold, thy mother and thy brethren stand without, desiring to speak with Thee. But He answered and said unto him that told him, Who is My mother? And who are My brethren? And He stretched forth His Hand toward His disciples, and said, Behold My mother and My brethren! For whosoever shall do the Will of My Father which is in Heaven, the same is My brother, and sister, and mother."

In conclusion, it is because of -and through- Christ that we may find complete deliverance in "all the points" of temptation in every category of the sins that the "common to man". And it is through Yahshua that we may claim the power of Yahweh to follow the injunction of John: