The Feast of Tabernacles has past, as has the Last Great Day, but I'd like to focus my commentary upon it today for the last time. Tomorrow, I plan to again return my commentary to the subject matter covered in the Bible reading for that day, as usual.


The Feast of Tabernacles was a week long (Leviticus 23:39). The eighth day, or Last Great Day (John 7:37), was a distinct day. It touched the week of Sukkot, but was its own unique celebration; attached to, yet separated from, the Feast of Tabernacles. Yesterday was the Last Great Day this year. But what is the significance of this Day? And how will it be fulfilled in the final prophetic events?

Yahweh has given instruction about how to keep the Feast of Tabernacles in Levitcus 23:34-36. Immediately following the seven days of Tabernacles came the Eighth day, or Last Great Day, known as Hashanna Rabbah (feast of conclusion) in Hebrew.

On the following chart, the Gregorian months (with the month names which appear on our modern calendars) are shown in black. Biblical months are given in the white boxes. The first Biblical month was called Nisan (Babylonian name) or Abib (Hebrew name) and is numbered with a number 1 to show that it is the first biblical month of the year. 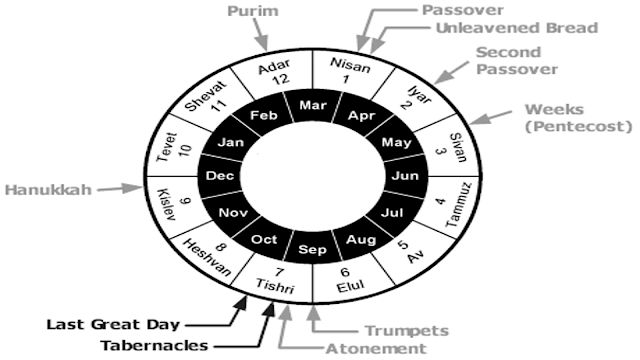 If a person were unable (for a dire reason like a death in the family or some other tragedy) to attend Passover, Yahweh made special provision for such folks to keep the Passover on the fourteenth day of the second Biblical month (Numbers 9:9-11). The fact that Yahweh went to such lengths to provide for a second Passover, in case of emergency, demonstrates how much He desires His people to keep it, thereby receiving the Passover blessing He has for us in it.
The Feast of Trumpets falls on the first day of the seventh biblical month, known as Tishri. The Day of Atonement is on the tenth day of Tishri. And the Feast of Tabernacles begins on the 15th day of Tishri and lasts for seven days. The Last Great Day was the eighth day in this count, making it the 22nd Day of the month of Tishri. This day was a special Sabbath and was the last annual Sabbath of the year (Hanukkah, which falls in the 9th Biblical month, is not an annual Sabbath).

The last day of the Feast of Tabernacles was the day that King Solomon dedicated the Temple to Yahweh. An extraordinary event took place on the Last Great Day of the Feast Of Tabernacles (2 Chronicles 7:1-3). The Fiery Presence of Yahweh came down and filled the Temple. Yahweh had heard Solomon's prayer and had manifest to come and dwell in that Place.

Needless to say, anyone living in the entire world would have heard all about this Event, which took place on the last and greatest day of Sukkot!

Years later, John explained about Yahshua entering the Temple on the Last Day of Tabernacles.

John 7:37-38 - "Now on the Last Day, the Great Day of the Feast, Yahshua stood and cried out, saying, “If anyone is thirsty, let him come to Me and drink. “He who believes in Me, as the Scripture said, ‘From his innermost being will flow rivers of living water.’” 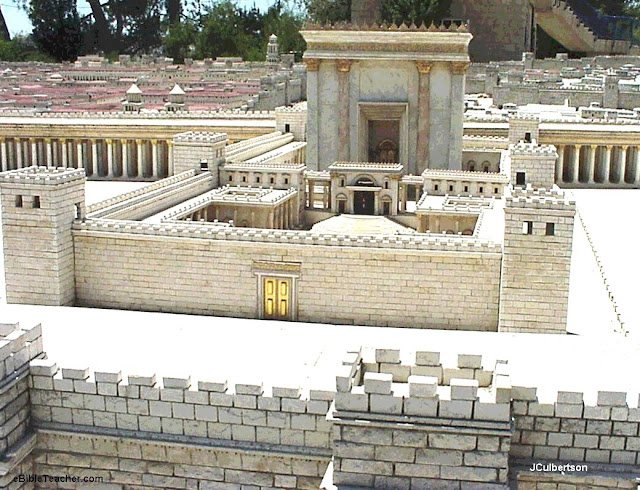 Ever since the temple of Solomon was destroyed, the people had been celebrating the Last Great Day, anticipating some spectacular event to take place when the Glory Of Yahweh returned. They didn’t realize that Yahshua Himself did return on this day prior to His death and resurrection. The people were expecting Yahweh’s glory to return but missed the forest for the trees. They missed the fact that Yahshua was the actual glory of Yahweh in human form. The glory had returned to grace Herod’s Temple at Tabernacles.

The annual cycle of weekly Torah readings is completed at this time. We are to read the last Torah portion, then proceed immediately to the first chapter of Genesis, reminding us that the Torah is a circle, and never ends.

This completion of the readings is a time of great celebration, in the time of Yahshua, the people would watch the scrolls being wound back to the beginning portion readying for another yearly cycle. 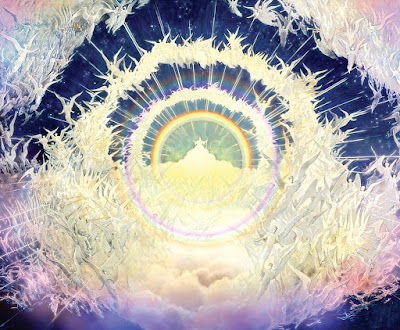 The first Sabbath of Tabernacles points to our dwelling with a Holy God. This is the day of Yahshua’s birth and first advent.


Because it is the day which points to meeting God face-to-Face, this day also points to the Second Advent, when Yahshua will return.
The last great day of the Fall Feasts is also known as the Feast Of Leviathan and the Feast of Conclusion. There is a constellation called “Leviathan”, it shows a snake whose tail holds 1/3 of the stars in heaven and the birds eating the flesh of the aftermath of Armageddon. 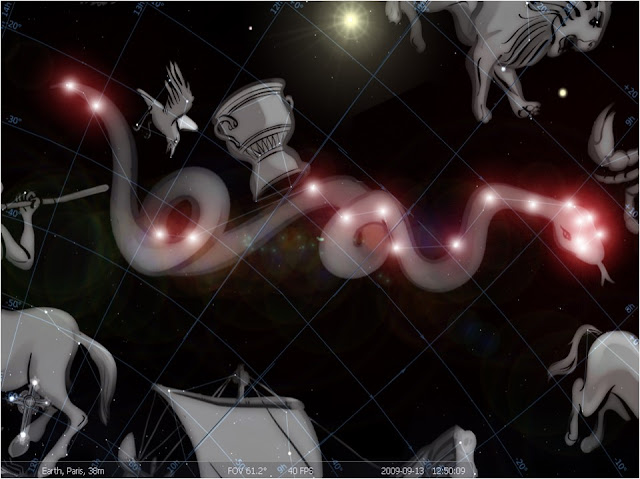 Whether this means that the devil will be destroyed on the eighth day - the same Day as the Marriage Supper of the Lamb, or whether his destruction will be on the eighth Day a millennium later is a subject that bears further study - but this is the Day that has been long anticipated as the moment of his final demise (Nahum 1:9).

Because the Last Great Day points to end of sin and the beginning of a sinless eternity, it is the most joyous feast day of the year. In light of the Message of this Last Great Day, the psalmist wrote:

Psalm 113:1-9  "Praise ye Yahweh. Praise, O ye servants of Yahweh, praise the Name of Yahweh.  Blessed be the Name of Yahweh from this time forth and for evermore.  From the rising of the sun unto the going down of the same Yahweh's Name is to be praised. Yahweh is high above all nations, and His Glory above the Heavens. Who is like unto Yahweh our God, Who dwelleth on high... He raiseth up the poor out of the dust, and lifteth the needy out of the dunghill; That He may set him with princes, even with the princes of His people.  He maketh the barren woman to keep house, and to be a joyful mother of children. Praise ye Yahweh."

Thus, this day points to the beginning of a sinless eternity.  The fulfillment of this feast day is seen in Rev. 21.  The New Jerusalem is brought down from heaven and all things will be made new.

By the way, this is also the meaning of the Hebrew number 8. Eight is the number of regeneration and recreation.

One thing is certain, when the devil is destroyed, there will be no more sin ever again. No wonder it came to be known as the Last Great Day!