Today, I have to share about Pentecost. The single greatest need of God's people today is to receive the outpouring of the Latter Rain and to be empowered to finish carrying the Gospel to the whole world. 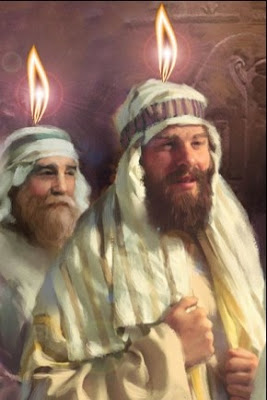 Of course, the keys to the future one are found in the past. Let's look at few select verses from Acts 2:

Acts 2:1-3 "And when the day of Pentecost was fully come, they were all with one accord in one place.

And suddenly there came a sound from heaven as of a rushing mighty wind, and it filled all the house where they were sitting.

And there appeared unto them cloven tongues like as of fire, and it sat upon each of them."

When the early Christians gathered in the upper room to ask for the Holy Spirit, the Bible tells us that they prayed in one accord. This afternoon, we’re going to study together the Concept of Praying in One Accord.  If we would seek the outpouring of the Holy Spirit for these times, we need to understand what it means to gather and pray in one accord.

“One accord” is from the Greek word homothumaden, meaning: “unanimously, with one mind.” It is from two roots which mean “passion, breathing hard” (the Holy Spirit is likened to Heaven’s Breath) and “togetherness.”

Homothumaden is written, in Greek, as ὁμοθυμαδόν. The first five letters of this word means “belonging to the same tribe.” The Greek Lexington further states:

–“Homothumaden is with one mind, with one accord, with one passion. A unique Greek word, used 10 of its 12 New Testament occurrences in the Book of Acts, helps us understand the uniqueness of the Christian community. Homothumadon is a compound of two words meaning to "rush along" and "in unison". The image is almost musical; a number of notes are sounded which, while different, harmonize in pitch and tone. As the instruments of a great concert under the direction of a concert master, so the Holy Spirit blends together the lives of members of Christ's church.”

Acts 2:1 tells us not only that the disciples were gathered to pray in one accord, they were also in one place. And they did this when the Day of Pentecost was "fully come".

Using a Strong's Concordance to look up these key words, we find the following meanings:

Fully come = "fulfilled, filled up with water like a flooded boat"

One accord = "unanimously, with one mind, togetherness, belonging to the same tribe, in unison"

Putting these concepts together, we can define "one accord" as:

"Led under the unction of Yahweh's Spirit. Like-minded believers praying together in unison, unanimously, and with one mind and desire."

The concept of "one accord" is found throughout the book of Acts. Following this "thread", we may learn much more about what it means to be in "one accord":

Acts 1:14 - The Holy Spirit was poured out at Pentecost during "one accord" prayer.

Acts 2:46 - The Early Christian Church had unity and did everything in "one accord".

Acts 4:24 - When threatened, the Early Christian Church found help through crying out to God in "one accord".

Acts 5:12 - Being in righteous "one accord" gave power to the Gospel.

Acts 7:57-59 - It's interesting to note that "one accord" is coming for everyone at the end of the world. The world is polarizing. At the final Armageddon, everyone will be completely possessed - either by the Holy Spirit, or by demons. Those who are filled with Holy Spirit will be in righteous "one accord", but those who are filled with evil spirits will be in an evil "one accord", similar to the unholy bunch who martyred Stephen.

Acts 15:25 - The leaders of the Early Christian Church were selected for office in "one accord".

Looking at all God accomplished through the Early Christian Church, because they were in "one accord" under the unction of His Spirit, we may quickly discern our need. We need to be in "one accord" with God and His people, once again.

My first time experiencing one accord prayer, I was 18 years old, and was on the other side of the world on a mission trip.

Whenever we gathered for teacher's prayer times at the beginning of each school day, John's prayer request always included prayers for his father's conversion. John was on fire for God. But, John's dad was an atheist. This was something which caused John great concern. Naturally, John loved his father and wanted to see him in the Kingdom of God someday.

Then one day John got a phone call from back home. Calls were rare as they were quite expensive. John was given the news that his father had been quietly suffering for a long time. He hadn't wanted to go to the doctor, even though he knew he didn't feel right. When John's dad finally went to the doctor it was almost too late. It turned out he had stage 4 cancer. The doctor didn't expect him to live longer than a few more days, at most.

John was devastated! His tears flowed freely as he told us that - even if he caught the very next flight out (which didn't leave the island until the following Wednesday) he probably wouldn't get home in time to see his father alive.

His sorrow touched all the hearts of the student missionaries. That evening, we gathered together with John to pray for his father. We didn't pray that God would help, if it were His Will. We knew it was His Will. Because it wasn't God's Will for John's father to die unsaved. There was an assurance to our prayers that is rarely seen.

One after another, and sometimes together, we cried out to God to heal John's father and to use the healing to cause him to know that there was a loving God whom he should serve. Time meant nothing to us. No one cared that we had to teach the next day and that we'd be exhausted.

As the dawn began to streak the sky, suddenly this wonderful peace descended upon us all. John looked up and smiled. He said that he knew his father was healed. We all knew! We got up from our knees rejoicing and went about our day, which we had supernatural strength to get through.

Later that day John got another phone call. This time it was his father on the phone.

"Sorry to have worried you son, but something's happened to me. I don't have cancer! I can't explain it, but I'm healed."

John asked his father when he had felt better. It turned out that John's dad stopped feeling sick at all at precisely the same time the peaceful assurance had come upon us in the prayer session. As John was able to share this powerful story with his father, his dad was so touched that he gave his life to Christ. Truly, he was healed, in every way.

"One accord" is so simple, so beautiful, so needed - yet so elusive. As it turns out there are some blockages which may prevent it. So, let's pause and take a look at some of the blockages to one accord prayer.

Blockages to "One Accord" Prayer:

1. Regarding iniquity in our hearts (choosing to keep on sinning) inhibits us from coming into "one accord" prayer - Psalm 66:17-20

2. Refusing to "hear" (shama) the Torah and Will of God is a blockage to one accord prayer (Remember, shama means to be opened to hearing to understand, to obey, and to teach it to others) - Proverbs 28:9

3. Asking amiss inhibits effective prayer also. Asking amiss is praying for something with selfish motives or claiming a Promise without fulfilling the conditions of the Promise - James 4:3

If we would truly experience one accord prayer, we must prayerfully remove these blockages. But one accord prayer isn't just about taking things out. There are also some key ingredients, which we need to put in, in order to touch the goal of "one accord" prayer:

Key Ingredients in One Accord Prayer:

1. Have faith to believe that Yahweh will reward your diligent seeking - Hebrews 11:6

2. Humble yourself, turn from any and all wickedness and seek His Face - 2 Chronicles 7:14

3. Pray effectually and fervently, and it will avail much - James 5:16

As you do, you will be able to pray with Hell-shattering prayers - just as God intends for His people to do. 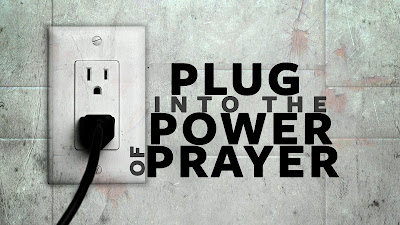