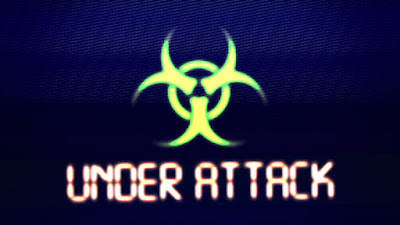 It's wonderful and amazing how the Bible is always fresh and relevant. Have you noticed how Yahweh always has it arranged so that the very thing you need will be in your devotional that day? That's how it is for me today. I read Psalm 142 today and it so deeply reflects my own situation and heart-cry that I resonated deeply with every verse. Here it is in its entirety:


I cried unto Yahweh with my voice; with my voice unto Yahweh did I make my supplication. I poured out my complaint before Him; I shewed before Him my trouble. When my spirit was overwhelmed within me, then Thou knewest my path. In the way wherein I walked have they privily laid a snare for me.

I looked on my right hand, and beheld, but there was no man that would know me: refuge failed me; no man cared for my soul.

I cried unto Thee, O Yahweh: I said, Thou art my refuge and my portion in the land of the living.Attend unto my cry; for I am brought very low: deliver me from my persecutors; for they are stronger than I.Bring my soul out of prison, that I may praise Thy Name: the righteous shall compass me about; for Thou shalt deal bountifully with me.

I don't want to go into details, as that would quickly take me into the realm of gossip...  But I will just say that when my husband, daughter, and I were on our ministry trip in Australia and New Zealand, we were on a spiritual high with all the blessings and miracles that we witnessed our Father accomplishing! It was a time of touching Heaven! And the precious people that we met and spent time with are all daily in our prayers and deeply in our hearts.

It seemed that the joy of the whole experience could not be diminished...  But then we returned home...  to a spiritual firestorm... 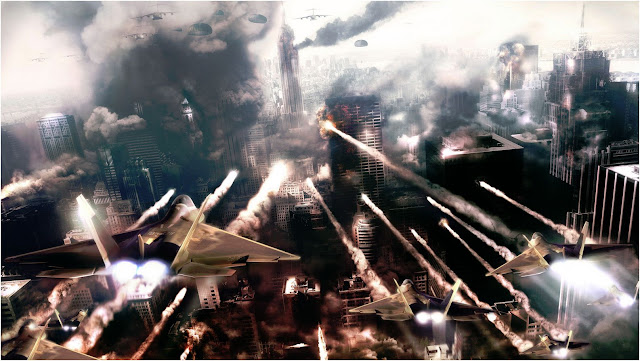 It seems that, while we were away, the devil was hard at work on our home-front.


It was like the devil was so mad about all the good that had been happening on the ministry trip, that he laced our home ground with land-mines to hit us when we returned. He had been hard at work and much trouble was brewing, awaiting us. The attacks have been so intense and so multi-sourced that we have been left with no recourse but the best one - falling to our knees. The Psalmist's prayer resonates deeply with our cries: 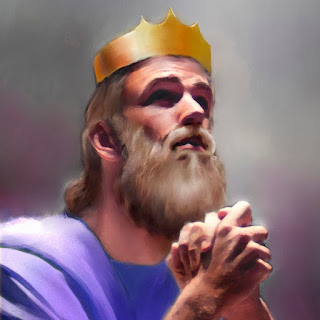 I cried unto Yahweh with my voice; with my voice unto Yahweh did I make my supplication. I poured out my complaint before Him; I shewed before Him my trouble. When my spirit was overwhelmed within me, then Thou knewest my path. In the way wherein I walked have they privily (secretly, while we were away) laid a snare for me.

None of us is perfect, like our precious Saviour. So, there's always plenty of fodder for the enemy to use to arm his own arsenal! And when the enemy attacks with his arrows of destruction, the most deadly part is sharp arrow tips, which the devil poisons with justified accusations (even if that is but a small percentage of the overall attack). We may see that we don't deserve most of what is going wrong - but there's always a small part that we do deserve.

It is this part of the attack that makes it hard to pray. This poison on the tips of the devil's arrows is intended to reduce us to a defenseless puddle of depressed goo. We are tempted to feel too unworthy to even cry out to Yahweh for help. And without Yahweh's help, we truly are utterly defenseless and will quickly be destroyed.

David went through this with his own son, Absalom. David's personal failings had helped to create the rift between himself and his dear son. When David sinned and had an affair with Bathsheba, he repented and was forgiven by Yahweh. But the memory of it made him respond to things differently than he probably would have before. 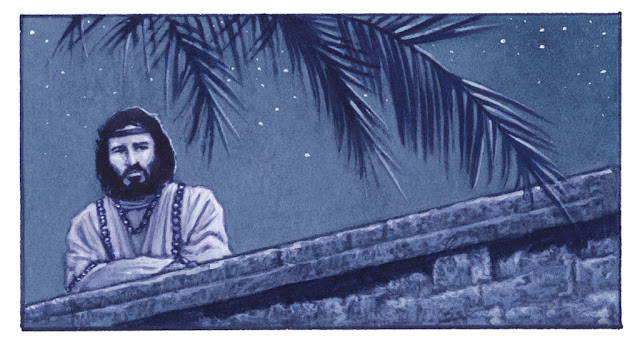 David's son Amnon, who was the half-brother of Absalom, raped and defiled Tamar (who was Absalom's full-blood-sister). David rebuked Amnon, but didn't punish him sufficiently - at least not to Absalom's satisfaction. Perhaps David felt inadequate to punish Amnon, because of his own past failure. But this lack of a sufficient response - in Absalom's eyes - was grounds for deep resentment against his father. As time went on, these seeds of resentment sprouted and grew into a full-blown rebellion.

When all-out war threatened to break out in Jerusalem, David and his loyalists retreated to the mountains. This rebellion was not Yahweh's Will! Yahweh had forgiven, cleansed, and even punished David for his sin with Bathsheba. In Heaven's View, David was cleansed and once again made fit to sit on the throne of Israel.

Isn't that amazing? God had forgiven David - and in Yahweh's Eyes David was still the Heaven-appointed ruler (we can know this because Yahweh called David a man after His own Heart). But there were people who could not forgive David! In the eyes of these people (lead by Absalom and Ahithophel), David was judged no longer fit to be the king. Thus, Yahweh's calling and anointing on David's life were being challenged - by people who felt quite righteous in doing so!

And how did David respond? David had no impetus to fight back... How could he fight against his own son? How could he defend himself against Ahithophel who had been one of his most faithful advisers and friends? By the way, the motivation for his great bitterness against David was that Ahithophel was Bathsheba's grandfather! (We may know this because Eliab was the son of Ahithophel - 2 Samuel 23:34 and Eliab was Bathsheba's father - 2 Samuel 11:3).

So David was up against an ungodly rebellion that humanly appeared to be a "righteous" coupe against him. The devil's arrows were poison-tipped with the reminder of David's own past failures.

And yet, as David did, and Mark and I are also prayerfully doing, we must cry out to Yahweh for help! We must not allow the devil's poison to penetrate our thinking or enfeeble our prayers!

And so today, I cry out to Yahweh with the very appropriate prayer of David. I recognize my own deficiencies. And the fact that I do not deserve His help. And yet, I throw myself on the mercy of my Father's Court. For it is He who has forgiven and cleansed me. It is He who has called me into His service. And it is only He who can deliver me - or any of us - from the attacks of the enemy:


I cried unto Thee, O Yahweh: I said, Thou art my refuge and my portion in the land of the living. Attend unto my cry; for I am brought very low: deliver me from my persecutors; for they are stronger than I. Bring my soul out of prison, that I may praise Thy Name: the righteous shall compass me about; for Thou shalt deal bountifully with me.

How is it with you today? Have you also been under attack? Remember that you do not wrestle against "flesh and blood" (people are not the source of the problem) - Ephesians 6:12. Don't let the poison of past guilt keep you from crying out to Yahweh. Seek Him! And He will save you, for His mighty Name's Sake.