Some of the most powerful Spiritual Warfare verses in all of Scripture are found in 2 Corinthians chapter 10. In them we find essential and effective keys to victorious Christian living:


2 Corinthians 10:3-5 "For though we walk in the flesh, we do not war after the flesh: (For the weapons of our warfare are not carnal, but mighty through God to the pulling down of strong holds;) Casting down imaginations, and every high thing that exalteth itself against the knowledge of God, and bringing into captivity every thought to the  obedience of Christ."

When we put the Heavenly Weapons to use, as its says in 2 Corinthians 10:3-5, they will accomplish the following blessings in our lives:

1) Demonic strongholds in our souls will be pulled down and defeated. A stronghold is an area of "ground" which is held by the kingdom of darkness in the human soul. It manifests as a false belief - a lie, or point of deception - from which we make decisions and govern our lives. When we believe anything which is counter to the Word of God, choosing to believe this idea even though it goes against clear Scripture, that belief is a demonic stronghold, which acts (and grows) like a spiritual cancer in the soul.

Some examples of demonic strongholds include: believing that an area of sin cannot be overcome in Christ, believing in evolution, fear (which is the deepest form of idolatry), etc. In short, demonic strongholds are strong delusions, which appear (in our spiritually captive state) to be the truth.


2 Thessalonians 2:9-12  "Even him, whose coming is after the working of Satan with all power and signs and lying wonders, and with all deceivableness of unrighteousness in them that perish; because they received not the love of the truth, that they might be saved. And for this cause God shall send them strong delusion, that they should believe a lie: That they all might be damned who believed not the truth, but had pleasure in unrighteousness."

These delusions come upon us as a judgment for failing to love the Truth and walk in it. But, the good news is that even demonic strongholds which are long-established can be fully cast down through the Heavenly Weapons!

2) An unholy and out-of-control imagination can also be bridled and brought to an end through the Heavenly Weapons. Have you ever struggled with an unholy imagination? The battle for the soul takes place in the mind. So when the imagination is under the control of the enemy, we are unable to keep our thought-life centered on Christ. And just as Peter could not walk on water without his eyes being upon Yahshua, so we cannot live in victory without our spiritual gaze being fixed upon our Saviour.

Having evil imaginations was a common problem in mankind before the flood. In fact, Scripture tells us that one of the main reasons Yahweh found it necessary to cleanse the world and virtually start over was that people had evil imaginations continually:


Genesis 6:5-6  "And God saw that the wickedness of man was great in the earth, and that every imagination of the thoughts of his heart was only evil continually. And it repented Yahweh that He had made man on the earth, and it grieved Him at His Heart." 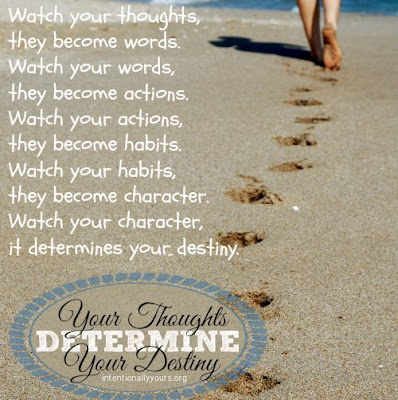 Why does Yahweh care about how we think? Isn't it okay to lust, so long as we don't act upon it? It is in our thought-life that our characters are formed. In the end, the father who claims us (whether Yahweh or Satan) will be the one we look like in character.

3) The Heavenly Weapons will defeat every "high thing" that prevents you from fully knowing God. I will never forget my husband's and my first deliverance prayer in which there were supernatural manifestations. An elderly, Christian lady had come from the east coast to visit Oregon.

It was our custom to invite any visitors homes from church to have lunch with us. So, we invited this elderly lady to join us for lunch. As we ladies warmed the food in the kitchen, the gentlemen were conversing in the living room.

The lady, whom I will call Donna (not her real name) was squinting her eyes and frequently rubbing her temples. Seeing the clear signs of her growing pain, I asked her if she had a headache.

"Yes, it's getting very bad," she admitted.

"Would you mind if I prayed for you?" I asked.

With her permission, I laid one hand upon her shoulder, lifted the other hand in supplication to Heaven and interceded for her. I prayed that Yahweh would touch her and relieve her pain. I also prayed a warfare prayer against any spirits, if they were causing her pain.

When I prayed, the spirits within her reacted to the prayer and began to manifest, causing her to shake violently.

Up until that moment, this dear Christian woman had no idea that she even had demonic spirits! She was shocked! This revelation lead her to request special prayer for her deliverance. She then confessed that she had trouble reading the Bible. She could read anything else. But when she tried to read the Word of Yahweh, her vision would jump making it impossible for her to focus on any words in order to read them. This was a clear example of a "high thing" (a demonic entity) "exalting itself against the knowledge of God" (preventing her from spending time in God's Word).

Mark and I earnestly sought Yahweh in this matter. We prayed for God to deliver this woman from these "high things" that had been controlling her life for years! And Yahweh did set her free!

The first thing she wanted to do, the moment those "high things" were gone from her soul was read the Bible.

"Please hand me a Bible," she asked with obvious excitement. "I haven't been able to read it in years!"

We handed her a Bible and she opened it up. Her voice cracking with emotion, but her gaze steady, she read from the Word of God.

"I can read it!" she exclaimed, for which we rejoiced together.

Yes, Yahweh's mighty Weapons are strong enough to cast down every high thing that exalts itself against the knowledge of God.

4) More than just victory over every unholy thought, the Heaven Weapons also enable us keep the Mind of Christ 24/7.


Philippians 2:5  "Let this mind be in you, which was also in Christ Yahshua."

In other words, we are not only being empowered of God (through His Weapons) to be free from an unholy thought-life, but also we're empowered to focus our thoughts on positive, praise-filled mental pathways. This elevates our minds and is key to victorious Christian living.

With this necessary and amazing list of benefits gained through using God's Heavenly Weapons, one naturally wants to know what these Weapons are.  So what are these Heavenly Weapons that are so mighty in the power of Yahweh?


The seven Heavenly weapons are:

If a temptation hits us in a public place, we may need to whisper the rebuke (Satan doesn’t read our minds—so we must at least mouth the words rebuking him in Yahshua’s Name. We can pray in our minds for Heavenly aid.  And if we find ourselves unable to speak the Scripture, we can still point at the 3 x 5 card where it’s written in order to claim it against the enemy. But, in a public place, singing or sharing one’s testimony may not be appropriate.

Singing and praising Yahweh aloud are especially effective against depression and fear. Sharing our testimony with another not only strengthens our faith when assailed with doubt, but it also encourages the friend with whom we share.  As with anything in life, practicing the use of the Heavenly weapons develops skill. Eventually, we simply know exactly which weapons to employ at the precise moment.  But, the good news is that until that happens, the Heavenly Father makes even our baby steps sufficient. Remember, His grace is sufficient for us (2 Corinthians 12:9)!

The next key in effectively resisting, according to the formula of James 4:7, is perseverance. We must not quit fighting, or cease using the Heavenly weapons, until the temptation is gone.

Becoming too tired to fight is a condition none of us can afford. By the grace of Christ, if we will seek the victory now, we can rest later; but, to tire out during an attack is to fall on enchanted, enemy ground. As Christ said in Luke 18:1, “...men ought always to pray, and not to faint.” It is not going to be easy to choose to walk on the path of victorious Christian  living. This is no arm-chair, Sabbath-day-only religion. It will be a fight. Paul admonishes, “Fight the good fight of faith, lay hold on eternal life, whereunto thou art also called, and hast professed a good profession before many witnesses” (1 Timothy 6:12).

But the wonderful news is that this fight will bear victorious fruit! The Heavenly Father fights on the side of the weak Christian. He is totally committed to our gaining the victory. For this reason, if a satanic attack warrants dispatching all the angels of Heaven to our side, the Heavenly Father will do so in order to insure that the victory will be gained.  That is what Jude 1:24 is talking about when it says, “Now unto Him that is able to keep you from falling, and to present you faultless before the presence of His glory with exceeding joy…”

The battle is His! He will not lose.  But, He also will not fight on our behalf until we ask for His help, chose to wield the Heavenly  weapons, and resist the enemy.
at August 17, 2018